I sat in the left rear seat of the helicopter and my camera sat on my lap. We ripped up the side of Mount Cook and landed at the top. I stepped out onto the glacier with a bride + groom (Justin + MaryJane) on the other side of the world. I ended up there because I posted some photos online somewhere and they ended up being seen by Justin, whos a lawyerphotographer. They emailed me. We talked. I shot their wedding in New Zealand. It’s that simple. It’s that complicated.

That feeling I got when we stepped out onto the ice is the exact same feeling I got when I shot this photo of Ashley + Richard in my little 900sq foot studio. Also photographers, they agreed to hang out with us for some personal work I wanted to start. It’s a pretty simple idea. I want to explore the idea of Trust and see where it goes, both artistically and portfolio-y. I’ve been tossing this image around in my head for a long time and never knew what to do with it until now. Ashley was a student in the CAT photography program when I taught the lighting class there and Richard worked in the cage and handed out gear to anyone who asked. Together they operate SOHO North Photography and are a real life couple. They work hard and they party hard so I knew they’d be perfect for this.  (Ashley + Richard, thanks for pouring apple juice all over yourself for art and because I wanted to test the limits of low powered Einstein flashes and their short flash duration.)

A Famous Folk once told me, over a non alcoholic beer, that if I wanted to shoot commercially, I needed to get some experience with bigger shoots, bigger sets and working with more people and production. He said I should just create whatever I wanted to create and put it out there.

So, I’m going to keep making things like this until someone notices. 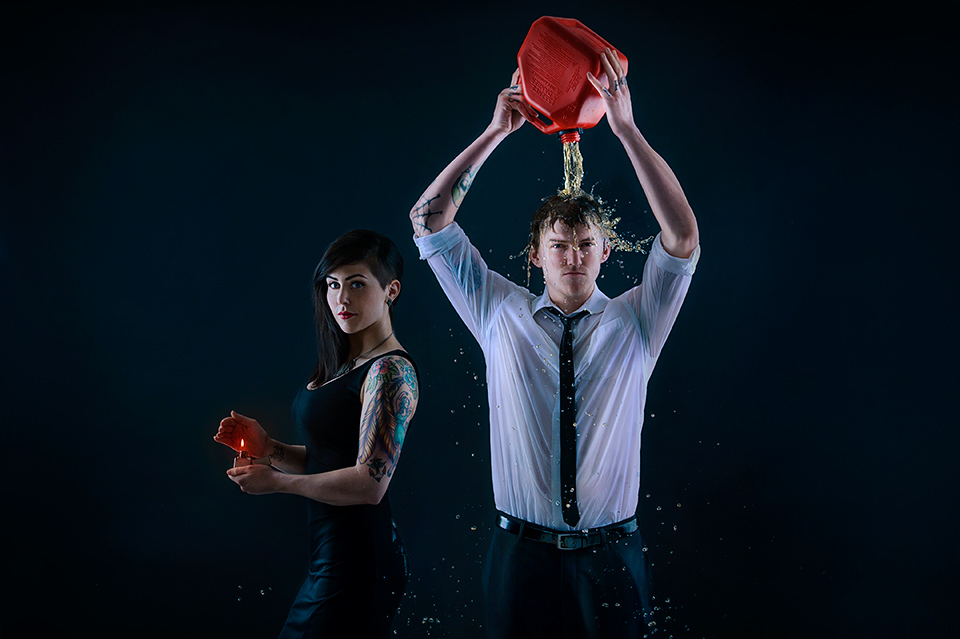