I tried to write a blog post to go with these images last night at midnight but the crushing pressure that the girls were going to wake up many hours before the sun had me fleeing to bed.

I don’t know if you know this or not but I was a biology major in university and then spent 7 years selling drugs for pretty much every condition know to man. So for about 11 years prior to taking photos my time consisted of counting wing shapes of fruit flies, collecting data from petri dish cultures, taking pre calculus class three times before passing, dissecting pigs and studying anything and everything related to cardiac medicine.

So I don’t know where this idea came from but I’m guessing it was somewhere on the long roads between Cape Breton and Dartmouth while I was handing out samples and thinking about taking photos. It was just one of those things I always wanted to shoot. I don’t know where it fits into the sub categories of wedding photography…but when we’re lucky enough to find clients like Amanda + Daniel who are up for outrageous ideas and getting way out of the comfort zone…we’re in. I was like a kid in a candy store for a week before this shoot. Grinning from ear to ear. It’s not meant to be taken seriously. I just don’t believe that picnics and couches in a grassy field are the only options for couples photography. thats already being done by better photographers than I.

Amanda + Daniel are both med students at Dal. Amanda is considering OB/GYN and Daniel is considering Urology. I know what you’re thinking…the heart has nothing to do with either of those specialities so this shoot doesn’t make any sense for them. Well, you may be right but its easier to find a heart in this city than it is to track down other organs. Besides, thats just sick! Amanda + Daniel, thanks so much for having fun with this. I’m looking forward to our second shoot out on the streets of Halifax for some photos that may be a bit more appropriate for the folks! You’re the coolest kids in med school. No question about it!

Huge thanks to our friend Alicia Melanson who came in, many months pregnant, to work with us on this shoot. I had o idea she had a second kit dedicated entirely to fake skin and blood. I hope we get to put that to use again soon!

It’s hard to say who had more fun so we shot some behind the scenes video with the help of our friend Ashley Delgadinho who offered to hang out with us for the day. 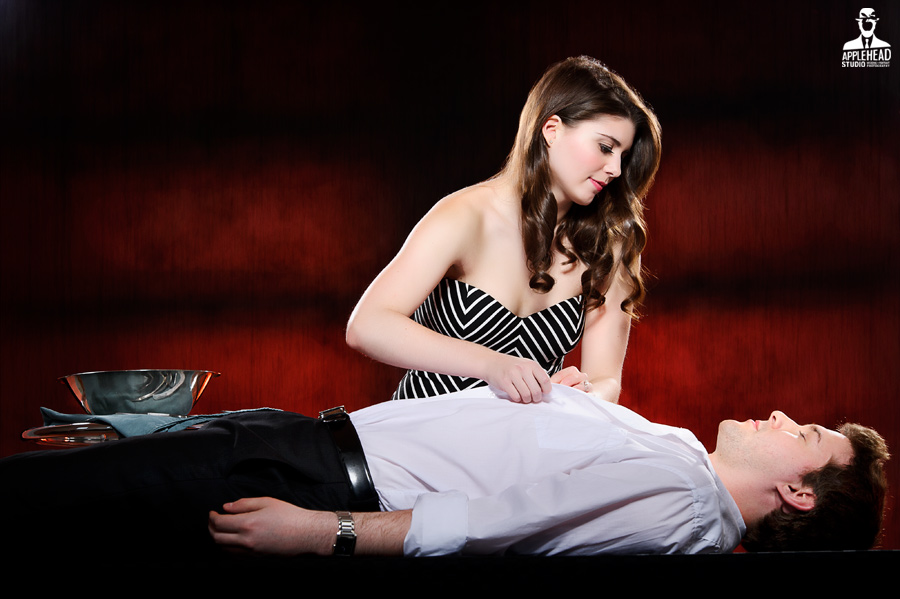 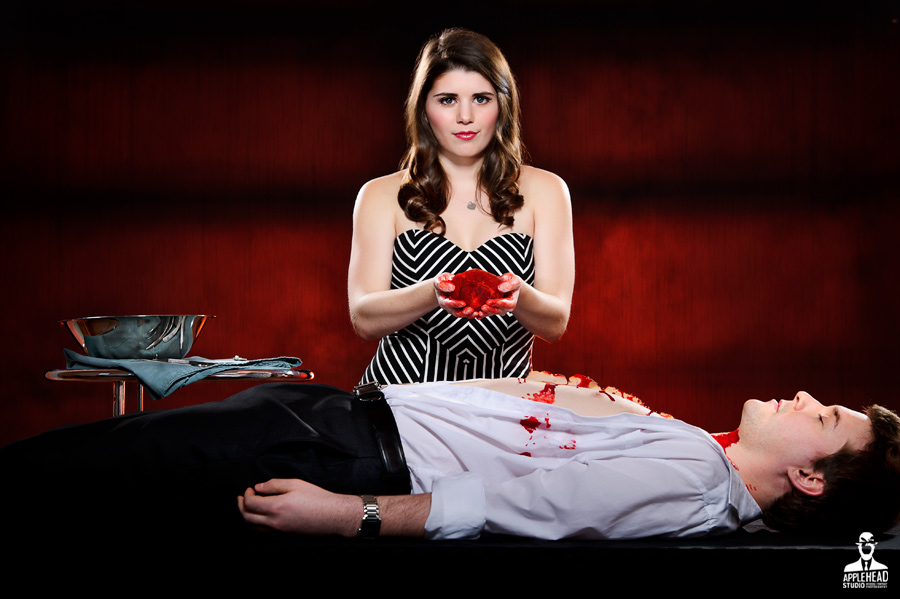 Hey, cool and relevant…after all ..FEBRUARY is HEART AND STROKE Month!