“We don’t really like being in the spotlight. We just want to have a good time and party with our friends” 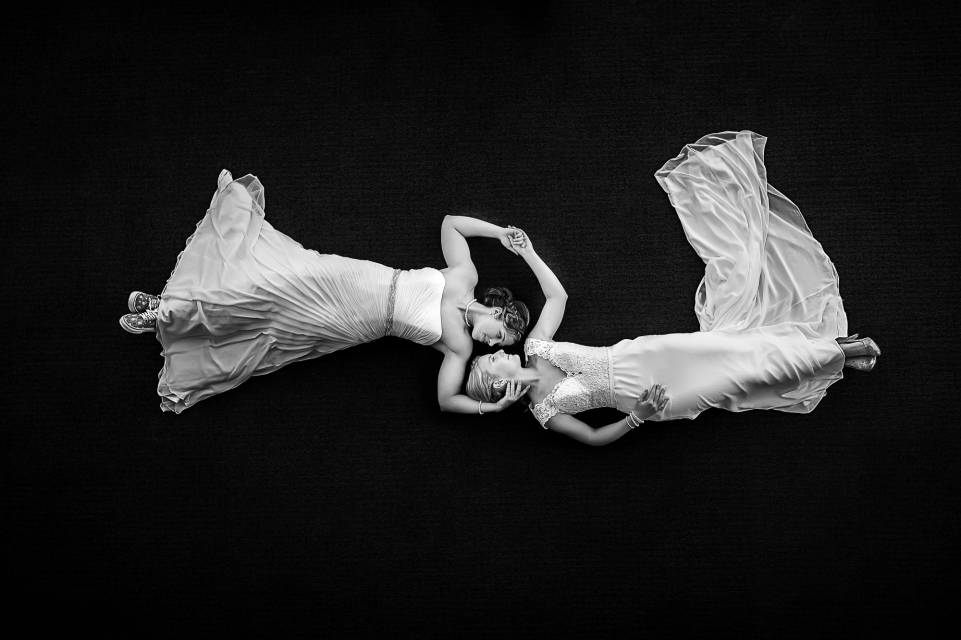 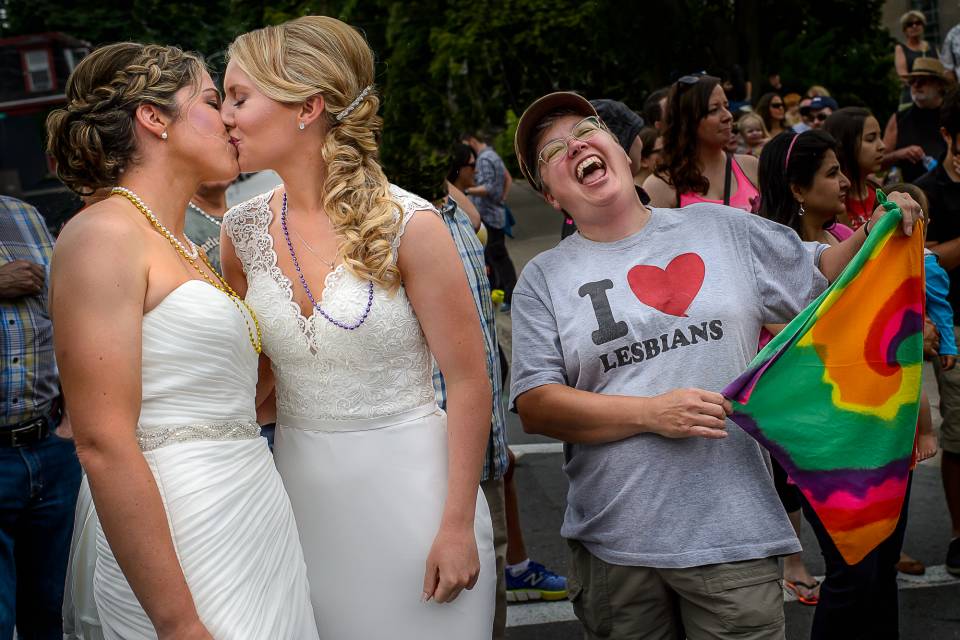 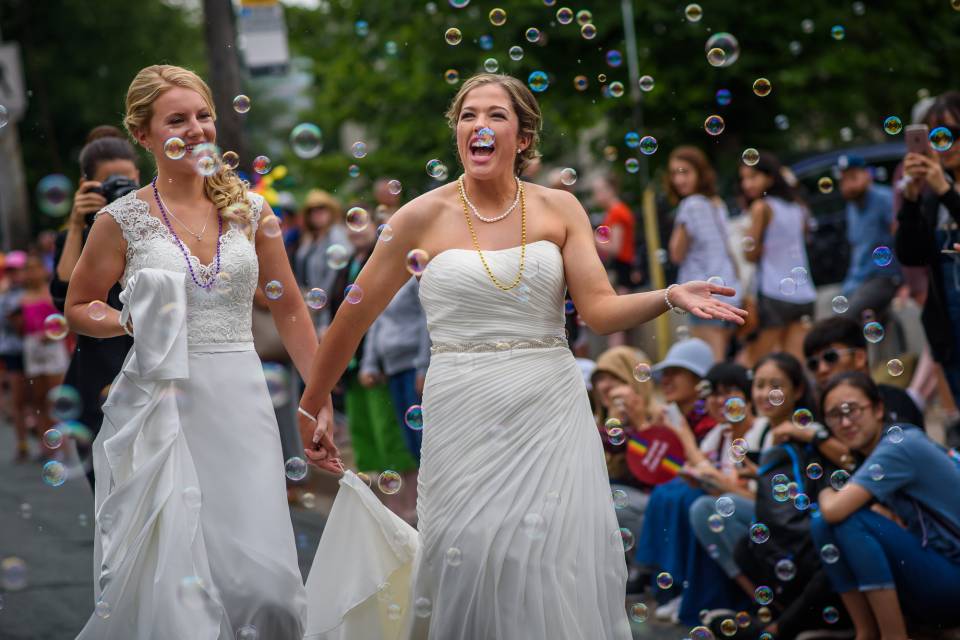 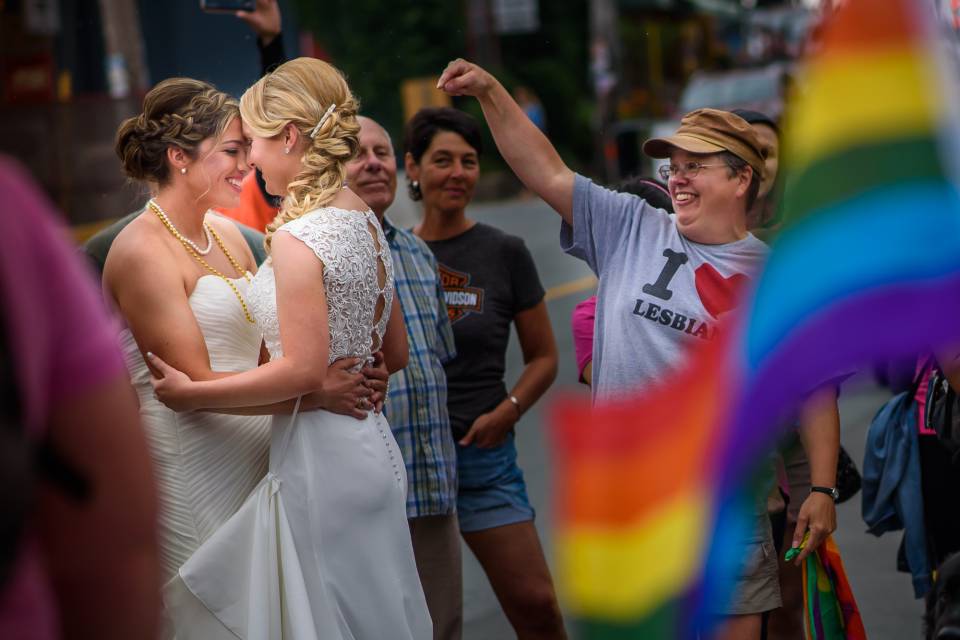 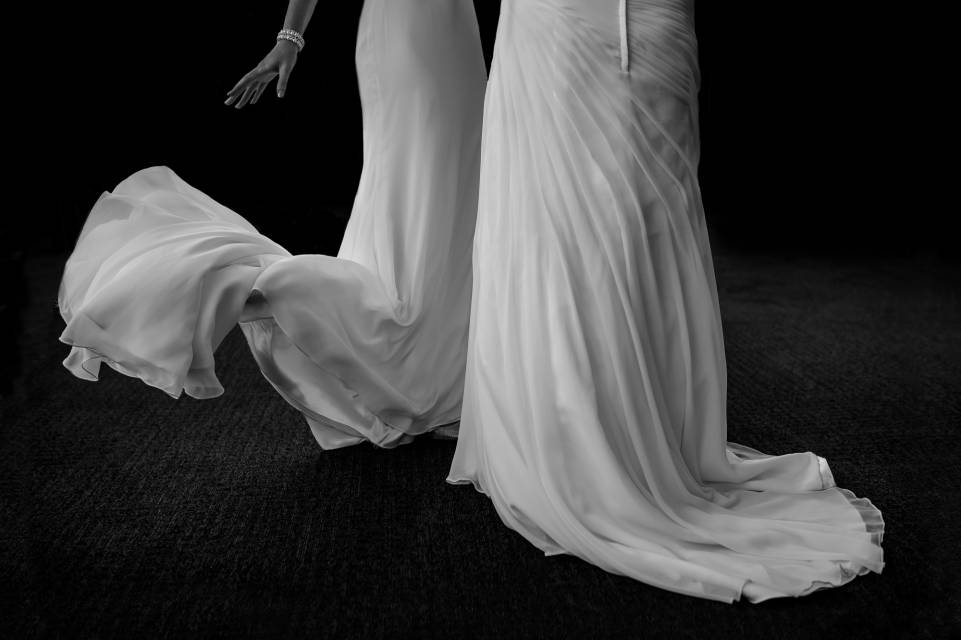 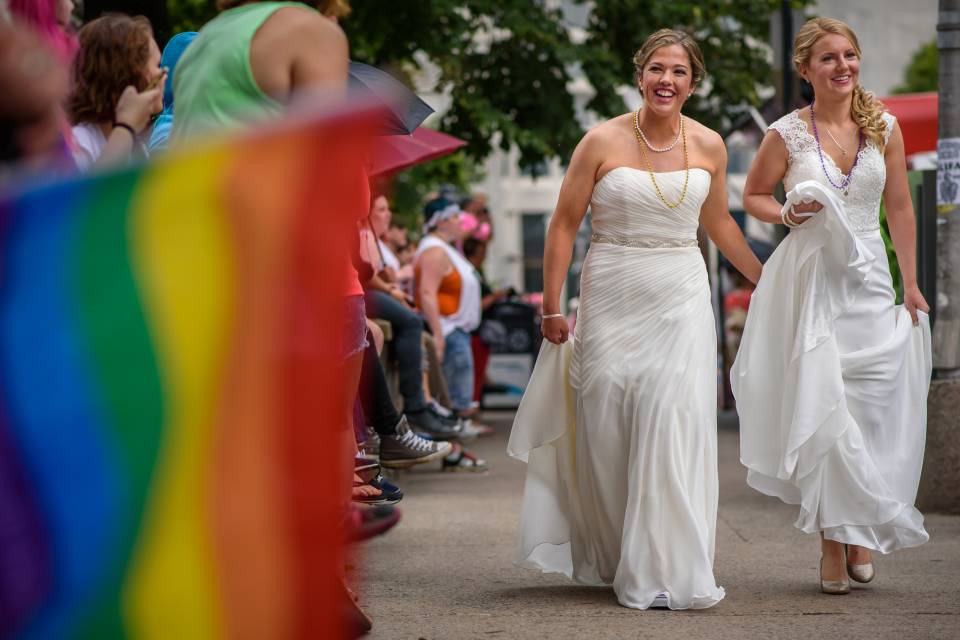 It was right there, written before me on their wedding day details forms. They don’t like being in the spotlight.

So when Nicole + Tamara’s wedding just happened to coincide with Halifax Pride Parade I thought…well, I could give them a soft ask and see if they’re interested in trying to get near the parade on their wedding day but a lot of things had to happen to make it work.

I asked. Tamara said yes and Nicole said yes with only slight hesitation. That hesitation was something I was hyper aware of as we plunked them down in the middle of the parade and Steph and I disappeared into the crowd.I didn’t want to exploit their wedding and force the pride parade on them but I did feel like it was a great opportunity for adventure.

Turns out I was right.

The ceremony time was set for 3pm and at 1pm the girls were ready to go. We did a first look and hopped int he car, parked illegally downtown, jumped out of the car and I cautioned them, “this may get a little overwhelming as I think people are going to really love to see you.”

That was an understatement as the crowds surrounded them with cheers and high fives, beads, promo materials, fireman hats and most important, absolute love and excitement. For me, it was all a blur. We didn’t have a lot of time and the reaction had my hair standing on end and my face was sore from smiling. I kept checking in with the girls, “Are you ok? Is this ok for you?” The look on their faces is not one I will soon forget. Pride, happiness, excitement, and overwhelming joy from behind a thin veil of tears. There was no time to think, Steph and I just slammed the shutter button as much as we would, trying to make something fun.

I may have mentioned this before but the most terrifying thing a wedding client can say to me is “Let’s do something fun for pictures.” My response is always the same, “On the fun spectrum, do you mean low level fun like fluffy bunnies + rainbows fun or almost illegal fun like hookers + cocaine?” and then I hope whatever we can pull out of our arses at the time matches their idea of fun. This endded up being off the charts fun! Tamara + Nicole were interviewed by CBC and the video has been viewed over 70k times, we made it back in the for the wedding and everyone partied (and cried) well into the wee hours the night thanks to a mad early 2000s hip hop set put together by our buddy P-Dub from True North.

I think Steph summed it up best at the end of the night when she said,”…like, who the fuck are the people that try and begrudge someone the experience of a love THAT incredible.”

Noodle + T, congratulations!!!! Thank you so much for having us.