These days I tell Lola not to touch my camera gear but she just can’t resist the urge to reach out and drop a finger on it and sooner or later have it flying through the air.

Sometimes we just do really stupid things and we can’t help it.

This morning I got an email from someone I do not know. She told me she recognized one of my photos on another photographer’s website with another logo watermark on it. This other photographer was also selling that same image *(converted to black and white) on her Smugmug page.

This was an image I took about 5 years ago…of Marcia. My wife. The love of my life. The mother of our two girls. I could pick Marcia’s face out of any lineup…for sure! 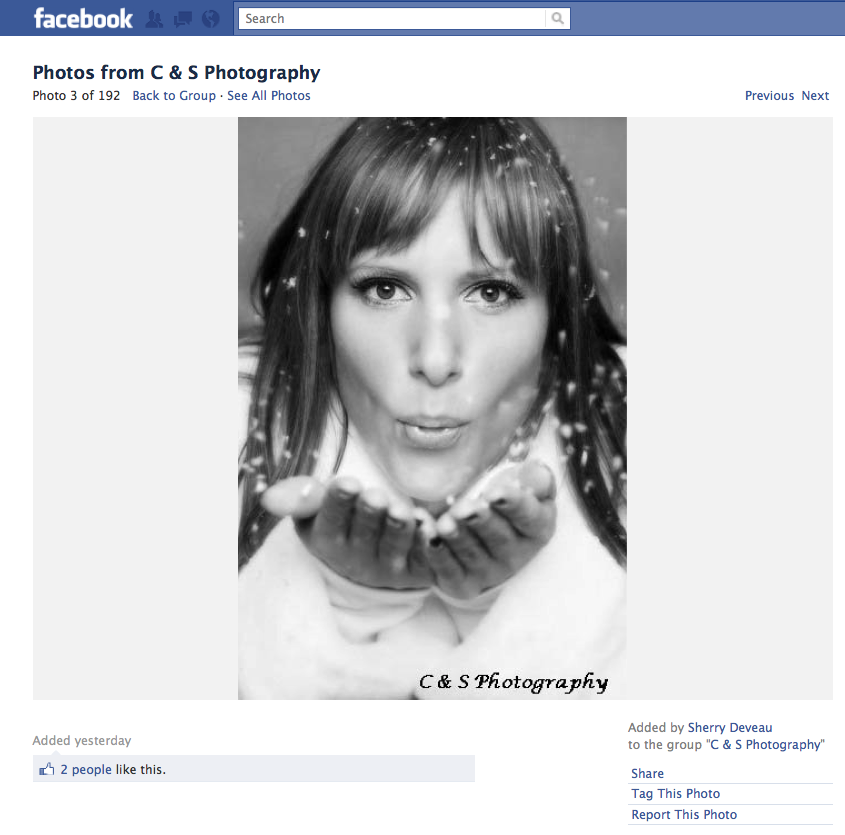 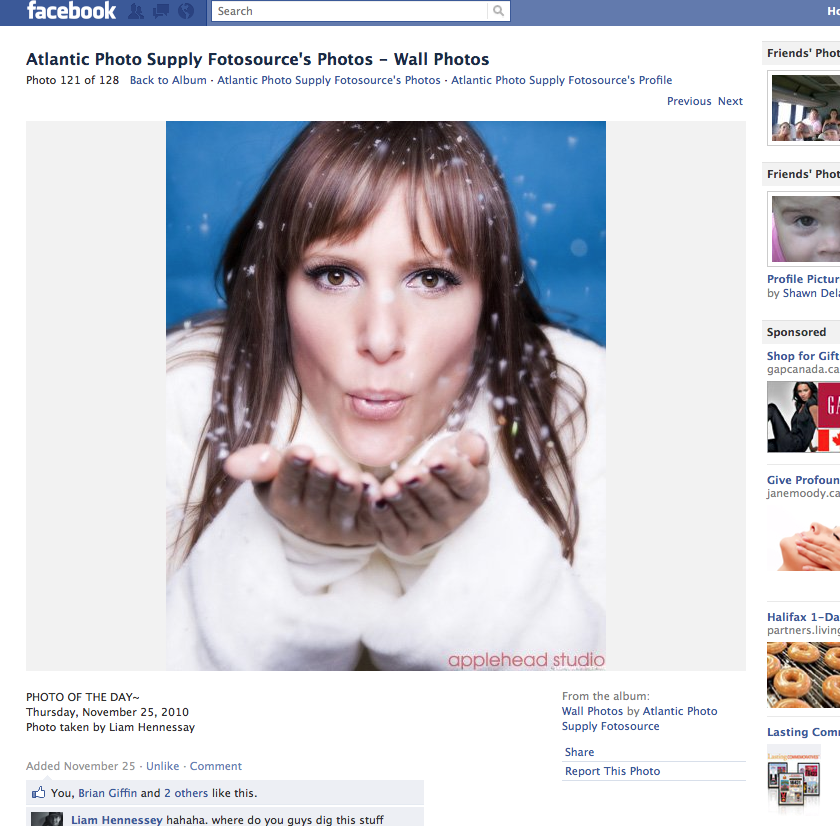 I’ve gotten a few email and suggestions for revenge. Very creative things like Kijiji escort service numbers, telling Santa Claus, the Digby newspaper and there was one person who offered to come pick me up and drive to the other end of the province.

I’m trying to understand whats so attractive about photography that will drive people to steal and lie for a few dollars. I do mean a FEW dollars. I think Marcia’s print was selling for 4 bucks or something. I worked really hard to make that shot. I searched lighting diagrams, websites and flickr pages….I taught myself how to do it. I taped wrapping paper to the wall, Marcia got her makeup done, we borrowed a coat from a neighbor, bought some snow and shot for hours. This was our Christmas card many years ago. There is value in that photograph well beyond four fucking dollars. I’m sorry if my language is terse and offensive but Im simply telling you the truth.

If this person had asked me how I made that image I probably would have sent her some 10 paragraph email rambling on about photography. Its simply the sharing of information and it happens for free every single day. Some days I learn more from a 5 minute conversation w my photographer friends than I ever would at a lavish workshop.

I’m rambling…but I got an email from a friend telling me to ‘be careful online’ and ‘not let rage ruin reputation’. I told her if someone came into my store in real life and stole from me…I would lose my mind then too, regardless of whos watching.

Then I thought…great blog post topic. I know a few other photographers who have had the same thing happen to them.

So yes I was pissed off and said the eff word on facebook. I think her actions were beyond stupid and career limiting not to mention illegal and fraudulent. But I said to Marse, “Imagine how she feels today?”. I mean really…fines can be paid and time can be served but public disapproval is a harsh mistress to shake. You know that feeling when you send a shitty email to the wrong person…she probably felt that but 9 million times worse. I think she gets it.

I’m over it. Marcia is over it. It was a mistake and I’ve venture a guess she probably won’t ever put someone else’s images on her website again.

As proof that I’m not the guy to hold a grudge I would like to extend an open invitation to you, Sherri, to please come by the studio anytime you’re in the city. Bring your gear and anything else. We can hang out and talk about your business plans, your photography and anything else you want that you think might help make you a better photographer. I’d be more than happy to help you out in any way I can. I really mean that.

What a low-life!!!! To go through the trouble of stealing someone else’s work and try to sell it….I hope word gets around fast and she’s removed from Facebook. There are enough scumbags, we don’t need any more. You are more of a good person than I am. I would have accepted that ride across the Province, and kicked her ass!!