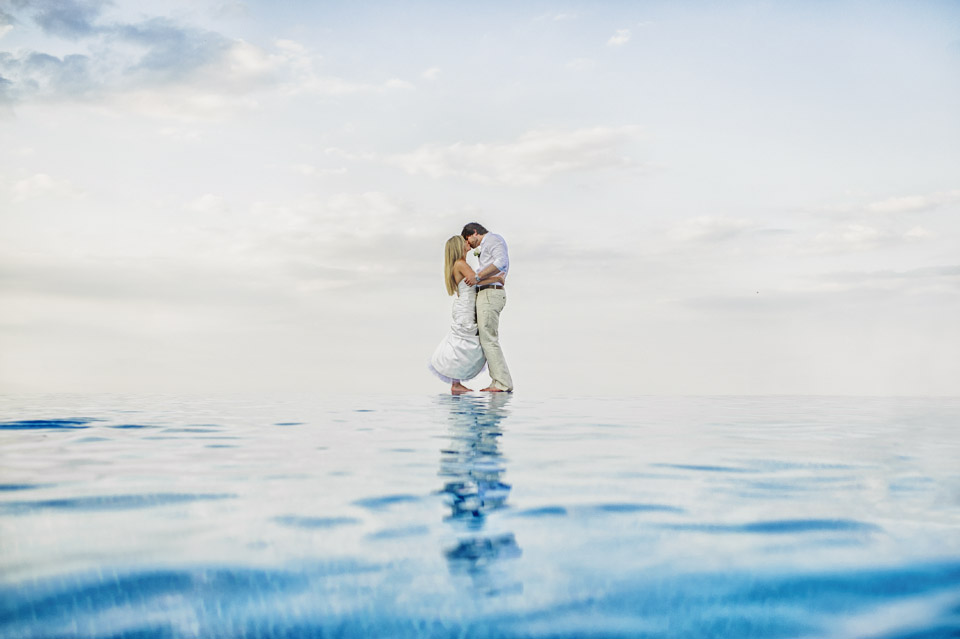 We were supposed to go skiing. Just Marse and I. A little ski weekend getaway that we’ve been trying to plan for three years now and everything was booked…until the kids got sick. Kids being kids, they lick everything in sight which meant we all got sick. Ski trip cancelled.

The next thing I know Marse, Lola, Ruby and I are on a plane headed for Jamaica. 7 days and 7 litres of sunscreen.

I packed the minimal amount of camera gear. Our backup backup gear. 2 lenses and 16G of memory. I hadn’t planned on shooting a whole lot. I was going to be Daddy…but what was I to do when fate drops a bomb on you? As we’re checking into the resort, we’re standing next to a really nice couple and she happens to be holding her wedding dress. Not one to shy away from conversation, I ask, “Getting married…and do you have a photographer?” I feel a sharp pain and realize Marcia is jabbing the pen between my ribs with the force of a Mom who’s about to be left alone with two kids under four on a beach.

After a bit of chatting, I found out that Peter and Sarah, from Halifax, didn’t have a photographer so I said,”Listen, I’ve got very limited gear but I’d love to shoot for you guys for a few hours. Just let me hang out and grab a few shots for you.” I wasn’t doing this for money. I was doing this because I can’t help it…and because my wife loves me and lets me work, even on our vacation.

They agreed. I was stoked.

All I wanted to do was get them a few shots of the ceremony, some family pics and a few shots down on the beach…and then I saw the Infinity Pool with it’s tiny little ledge and 5 foot drop off. “So I have an idea” I said to Peter and Sarah. “I really want a shot of you guys up on the ledge of that infinity pool. Up to this point, I had been getting the lifeguard whistle tweets any time I even leaned on the edge of the pool so I had no idea how in the hell I was going to get a bride, in a wedding dress, up on that ledge in the middle of the afternoon.

Now, whenever there are kids around, they’re always great for photographs. They laugh, they jump and play, they cry and…they shit. Luckily for me, as we’re plotting, planning and about to bribe the lifeguard, someones kid shits in the pool and the whistle started blowing. “Everybody out of the pool!” Seriously? This could not have worked better. People were scattering (pun intended?) and everything I had hoped for was suddenly falling into place. We told the lifeguard what we wanted to do and he said we could do it if we were quick, like, 30 seconds quick.

So I stripped down to my shorts and jumped into the pool. Peter and Sarah climbed up on the wall and I realized that what I saw in my head was not what was going to happen at all. I only had 35mm and could only get back so far. Also, as you would expect when someone gets IN a pool thats just been shat in, crowds will tend to gather and watch. They gathered along the ledge and I just crossed my fingers that when I got home, Steph would be able to photoshop them out. I had been planning this shot for 3 days and no little turds or tourist heads were going to stop me.

…and then I went back to being Daddy. It was the perfect trip.

Amazing!!! And I thought our lost in the middle of the lake on a teeny-tiny raft was cool. Leave it to you to keep topping your best shots. Keep ’em coming. Makes me want to get married all over again 😉

Looking for a photograper for my sons wedding on July 27,2013. Would require you from noon to 6PM ; a ablum with 40 pics and a CD with PIcs as well. Could you advise if you are available and your prices. you can contact me of course at the email provided