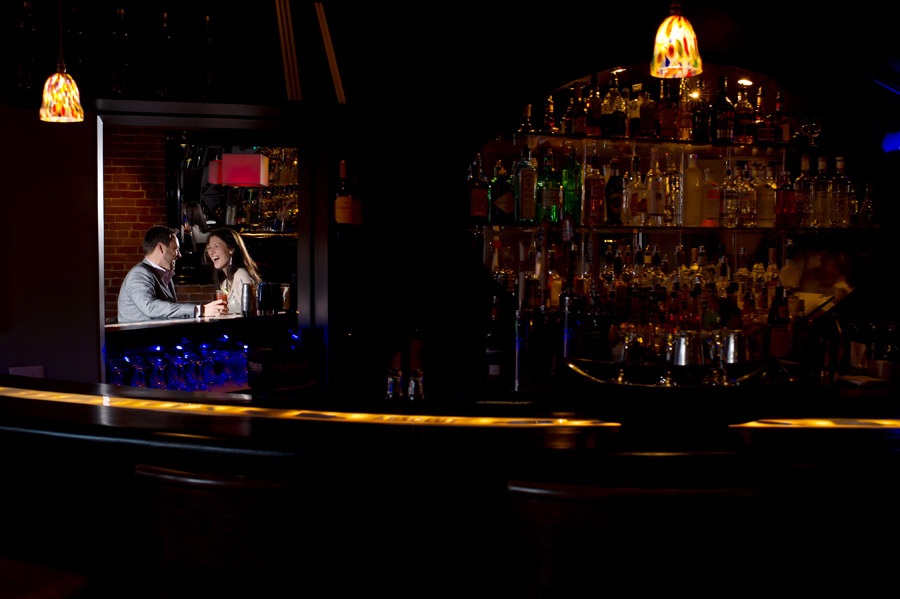 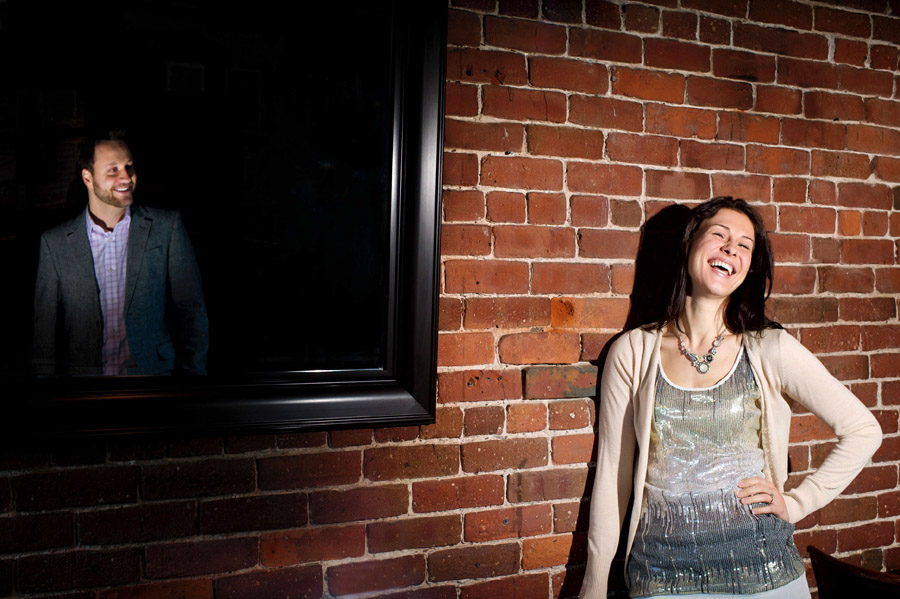 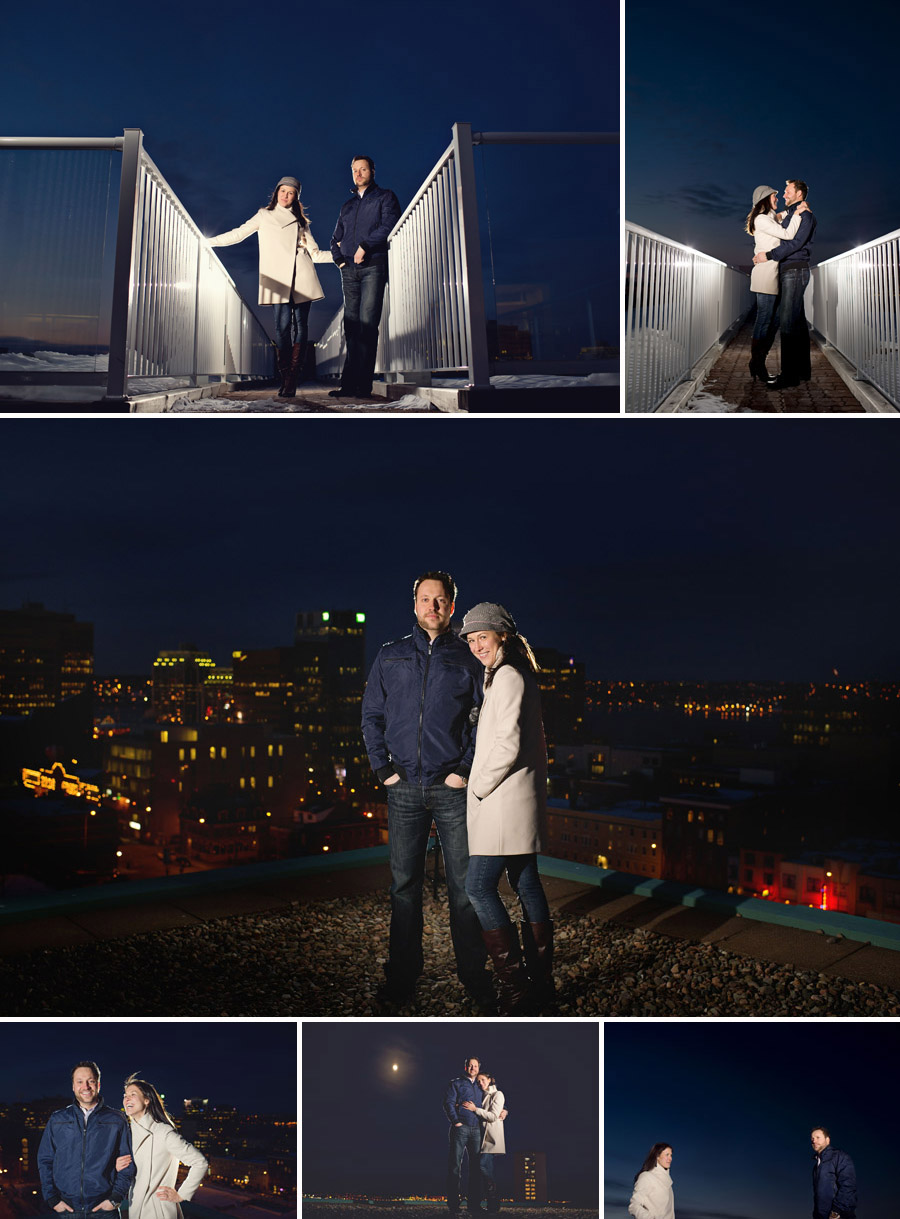 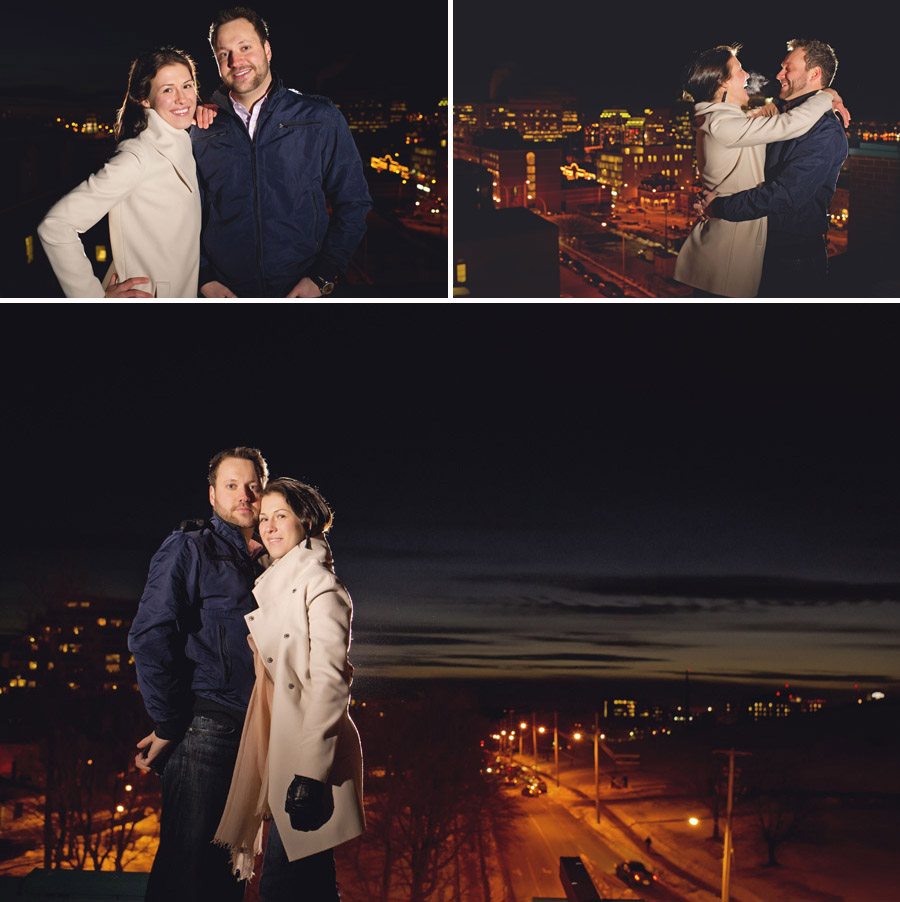 Do you know Penny MacKinnon from the Prince George? If you’re getting married in downtown Halifax then she’s someone you should talk to. She’s the person who makes things happen…and I mean that in a very gangster kind of way. Consider this…Hurricane Earle blows through in September and three quarters of the city is in darkness. Weddings around town were celebrating by candle. Meanwhile, Penny has the patio set up at the PG in mere minutes and by 3pm there’s a ceremony outside and the power is on. She makes things happen.

Robert + Magda are getting married at the Prince George in June but even that is not enough to get you permission to shoot on the roof of the hotel. So phone calls were made and the next thing you know we’ve got pass keys and a ‘forgiveness is easier than permission’ approach for rooftop access at the Cambridge Suites. We walked in and just said, ‘we’re Penny’s people’ and the next thing you know we’re 7 stories up and well beyond the protective barrier constructed for our safety.

Robert, Steph and I, at one point or another in the day, all thought it was way too cold to be shooting outside. Turns out Magda is the only tough one and so with a 3 to 1 majority…we listened to Magda!

(thanks for hooking us up Penny)

I love it! What a fantastic couple — personality, looks, their super cute love….just awesome! Great shots Liam. I can’t wait for this wedding.