Rob + Jen’s wedding was the first Lebanese wedding I had ever shot and I knew one thing…there would be lots of people and lots of celebrating. Claudia Habib from Simply Weddings was doing all the planning and coordinating and so I was looking forward to working with her for the first time as well.

My friend Jeff had just recently shot his first Lebanese wedding as well and so it was exciting to hear how important family photos were as a part of the timeline in the day. He said, “I can try to explain it but you just have to experience it. It’s awesome, you’ll see”. So Steph and I had setup a mini studio in Jen’s parent’s living room, which was fully decorated with flowers from wall to wall. People started showing up. More and more, friends and relatives piled into the house, waiting their turn to get a photo with Jen. Room to move became smaller and smaller and the smiles got bigger and bigger. At one point I turned around and thought I was at a Pearl Jam concert. The room was jammed full. Everyone was talking and laughing and celebrating and drinking. This was all before the ceremony even took place. I just kept telling Jen’s sisters, “I LOVE this”.

From there the excitement grew, the ceremony took place and more and more people wanted photos with the bride and after a few shots downtown we ended up back at the Westin, on time. That’s when the drums started and Jen + Rob entered the reception. The dancing started and didn’t stop until about 1am.

This entire day was kind of like inviting 400 of your family members over to celebrate the entire day. I can only hope we get the chance to cover something like this again. Jeff was right, I could try to explain it to you but you just have to experience it for yourself. 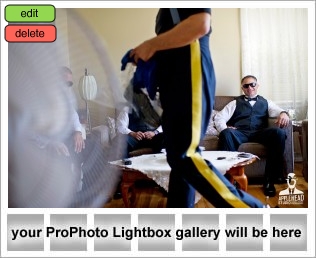 I’m a little partial to this wedding because of the sense of Lebanese culture and family and my fondness for the bride, groom and their families but I honestly can’t imagine better photos or a photog that could’ve done a better job than this Liam! Outstanding!