i have to tell you something…

i have no idea where the ‘studio’ in applehead studio came from. it was so long ago…i honestly think it just sounded cool and began as a joke.

the studio started in shawn + nicole’s basement, my furnace room, an empty bedroom, marcia’s garage, a room we built in Marcia’s basement (Mike + Anita bought that house and are getting married this weekend. they have a wreck room w crooked walls), the basement here in Boutilier’s Pt, then it settled in at Aperture Studio for a while.

tonight that changed when Applehead Studio and Tanya Shields Photography signed a lease together on a big giant lime green dance studio just down the hall from Aperture. we went in ‘just to measure for paint’ and ended up tearing out half the ceiling panels and maybe some baseboard.

there’s nothing more to tell. the project list is long and includes a big shaker once we get it all set up. More workshops, private viewing sessions, your awesome images all over the walls and a live-in pet monkey!

so on to the business of the evening. part II of a three part Trash the Dress session w Cheryl. This time she brought Mark and I brought Tanya Shields & Brian Larter. We decided to shoot one more time next Thursday. what we are about to do should not be done by anyone with my kind of luck…so we’re bringing in the experts.

tonight was a shoot in a pond that I would never let the dogs swim in at PPP. i don’t shoot w an assistant very often and now I know why…Brian and Tanya got all the shots and stayed clean. i still smell like ducks.

the light was amazing but we kind of kept creeping up the iso as we went on. as much as i love my actions, i didn’t use anything on these images. just some basic tweaks and an incredible couple of New Waterford kids.

next thursday will be the end of the dress. 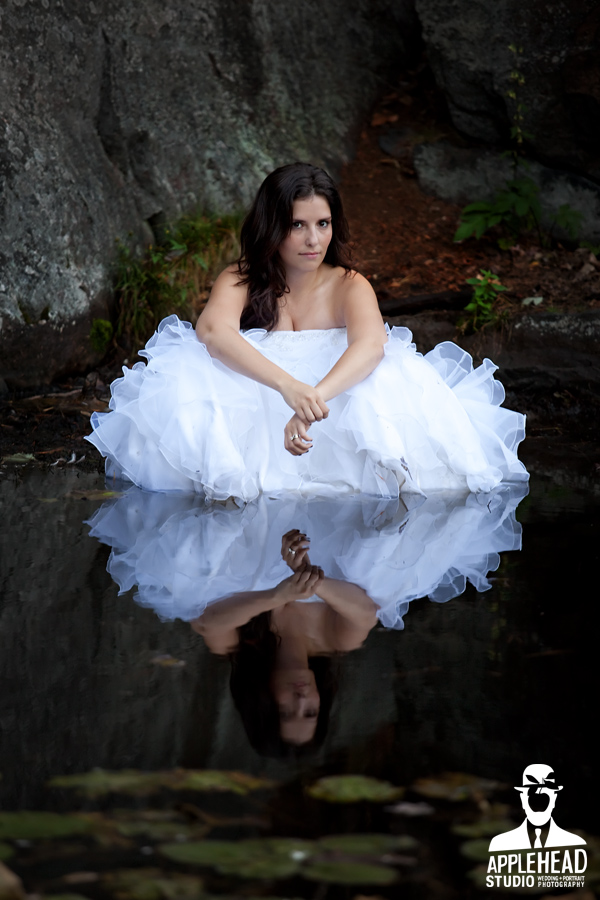 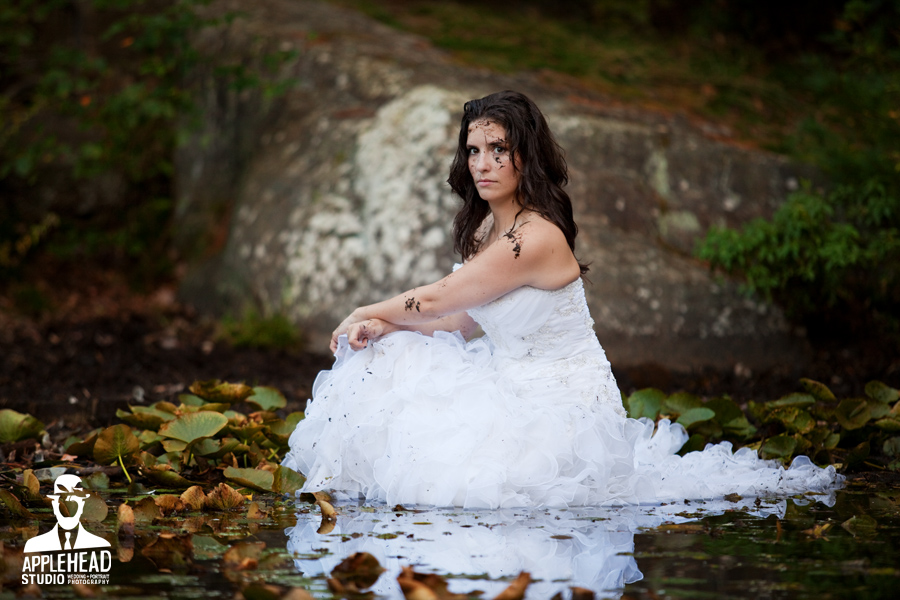 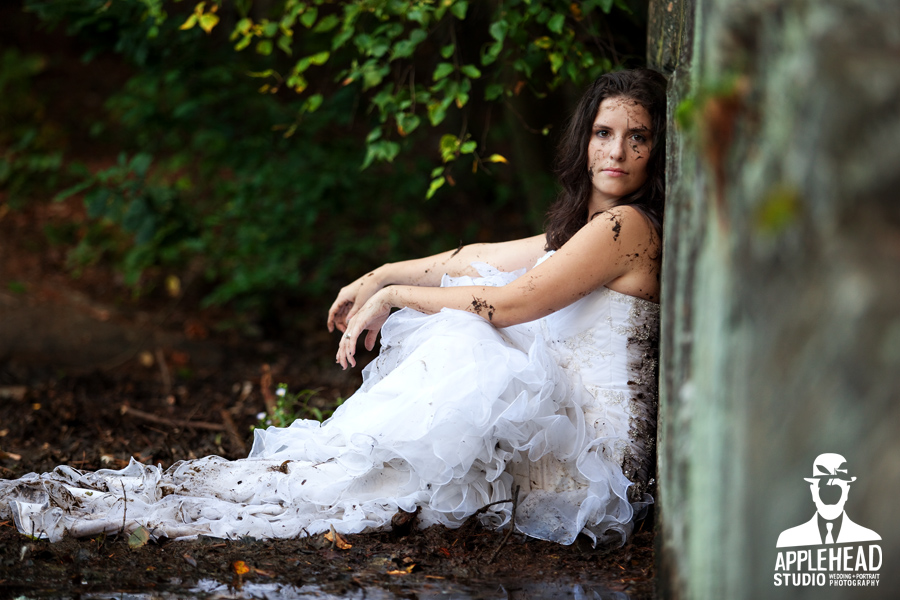 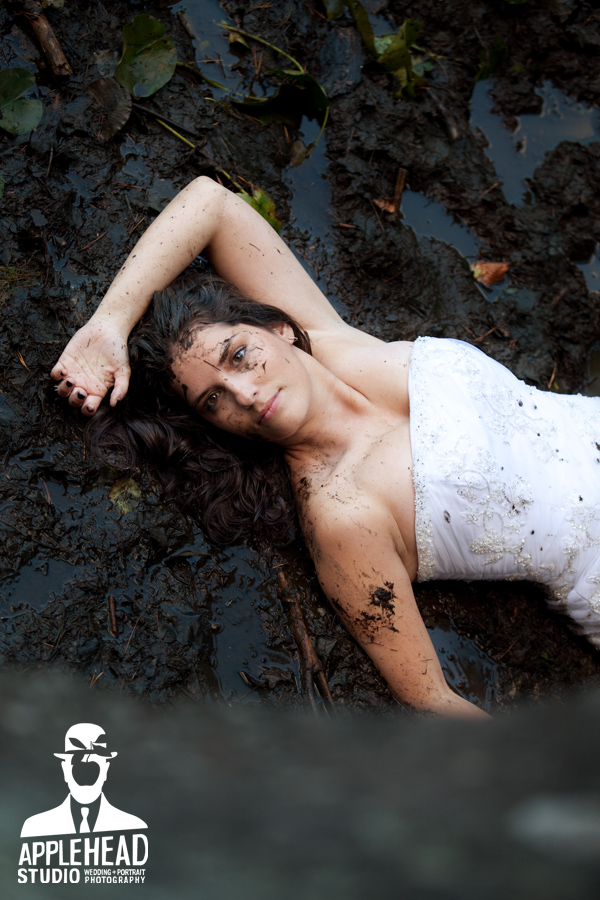 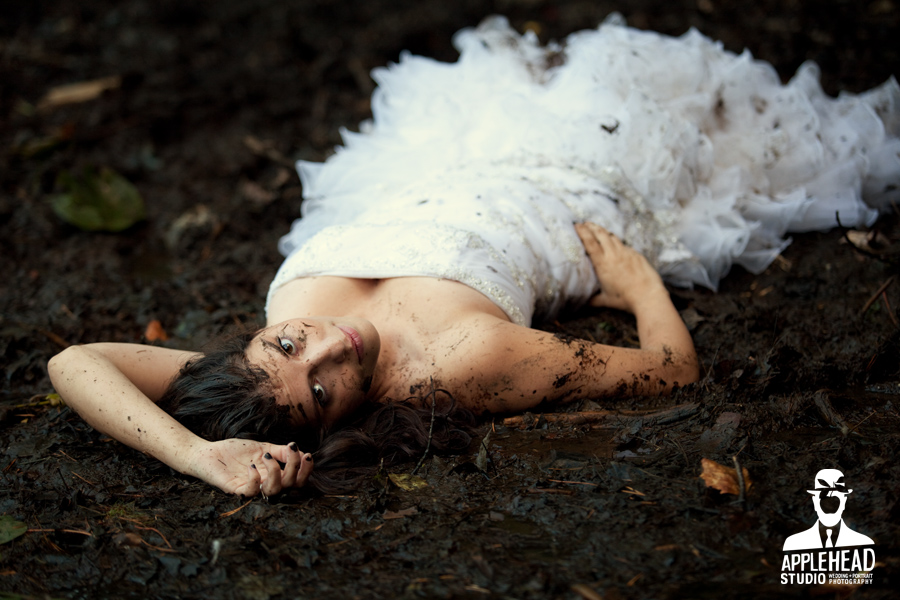 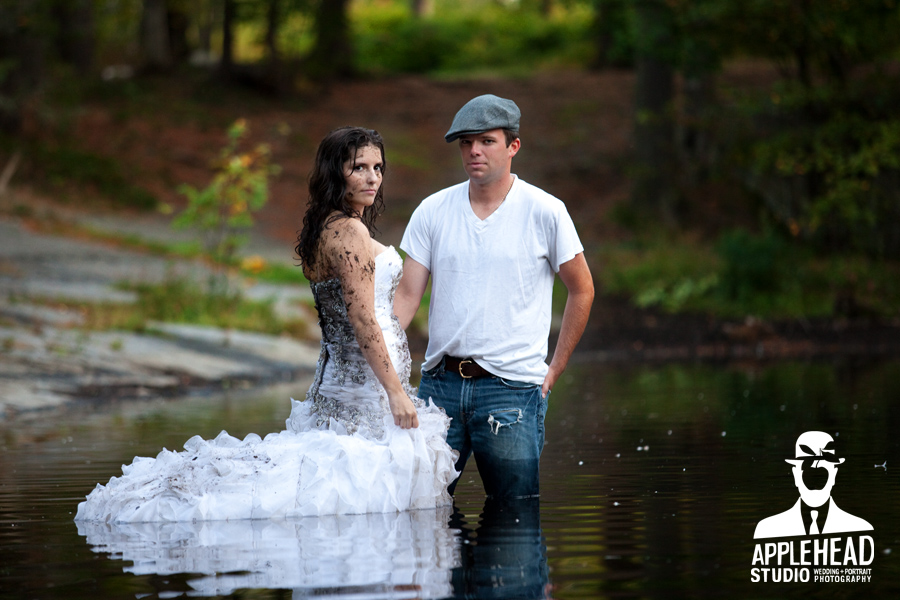 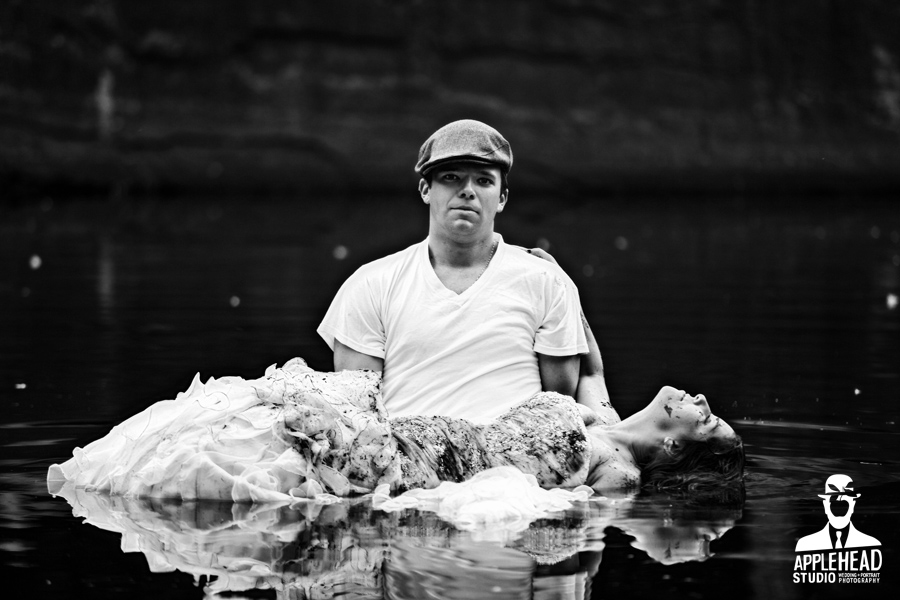 crazy people in a crazy booth

P.S Congrats about the studio!!!

All I can say is OH MY GOD! Those are fan-freakin-tastic! And I will give you guys a “whoop whoop” on the studio!! Can’t wait to see it.

im head over heels for the last one, well i would be. love you guys.

Gorgeous pics, gorgeous dress, gorgeous bride. Could you give me any clues on how the dress will reach it’s ‘end’ in Part 3. Is it ripped to shreds, painted, muddy, etc.

Please give a clue as it adds to the anticipation of this arty photography.

Hi,
After the last part of the trash the dress session, I would like to buy the trashed wedding dress in the condition it is.
Please feel free to contact me.
Thank you
Wendy

Cheryl these pictures are wicked sick! I LOVE!