from Iraq to Halifax….Sarah + Adam’s wedding

So Im way off track w blog posts. There is usually some sort of order but nearing the end of August all order has been replaced by chaos. Its kind of like going to the circus when you’re 3…everything is just so much fun you don’t know what to do or where to start…I do think its very important at this point in the wedding season to tell you how much I love my own wife. She works her Monday to Friday job, runs a little side project for runners call Runalicious and takes pretty awesome care of me and Lola. I usually work 24-7 during the week and then take off for 2, sometimes three days on the weekend to shoot weddings and crawl into bed around 3am.  You’re the bomb Marmar. I love you to death…even though you are leaving for a week in Quebec City and won’t be home for our anniversary.

ok, now back to other people in love…

Every year there’s one date that seems to have some sort of built in chaos when it comes to being confirmed to shoot a wedding that day. August 21, 2010 was that date this year.

The payoff was that I got to shoot for Adam + Sarah. This was such a great shoot…the perfect mix of ‘do anything you want Liam’ and stand back let it all unfold around me. The wedding party numbered 16 and while sometimes that can be a little chaotic…these guys were like water in a bucket. They just flowed well together and they had a lot of fun no matter how hot, sandy or windy it was. 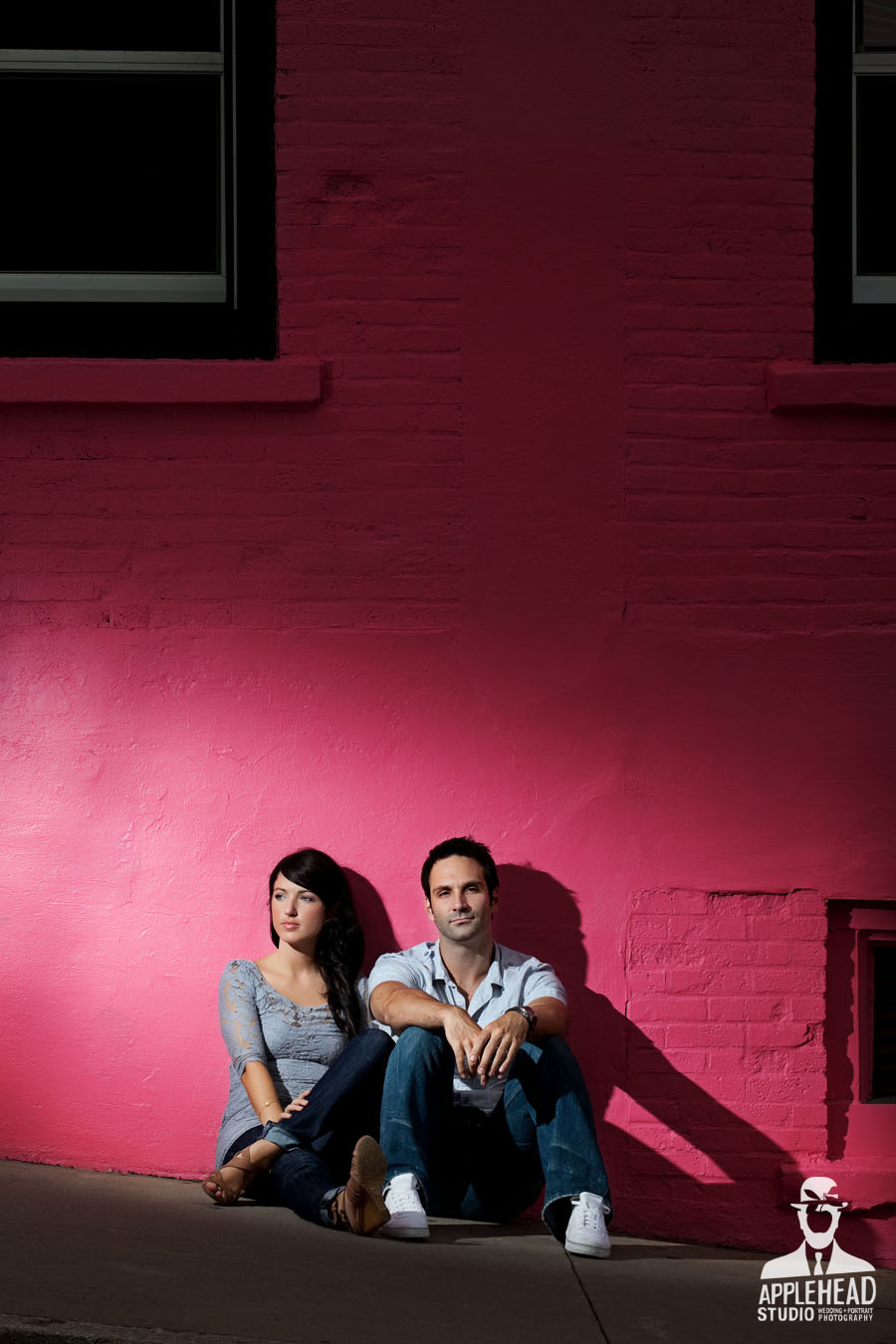 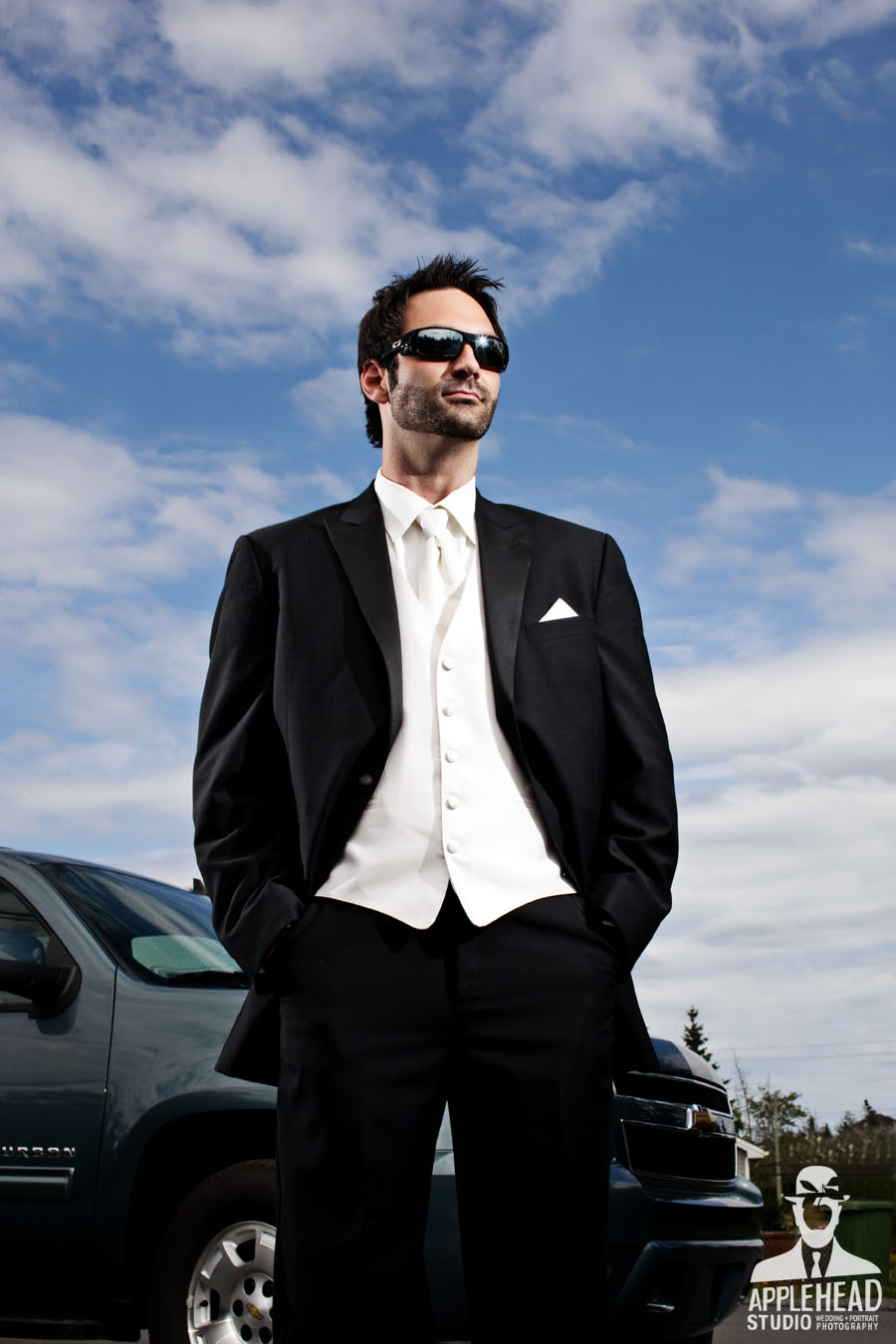 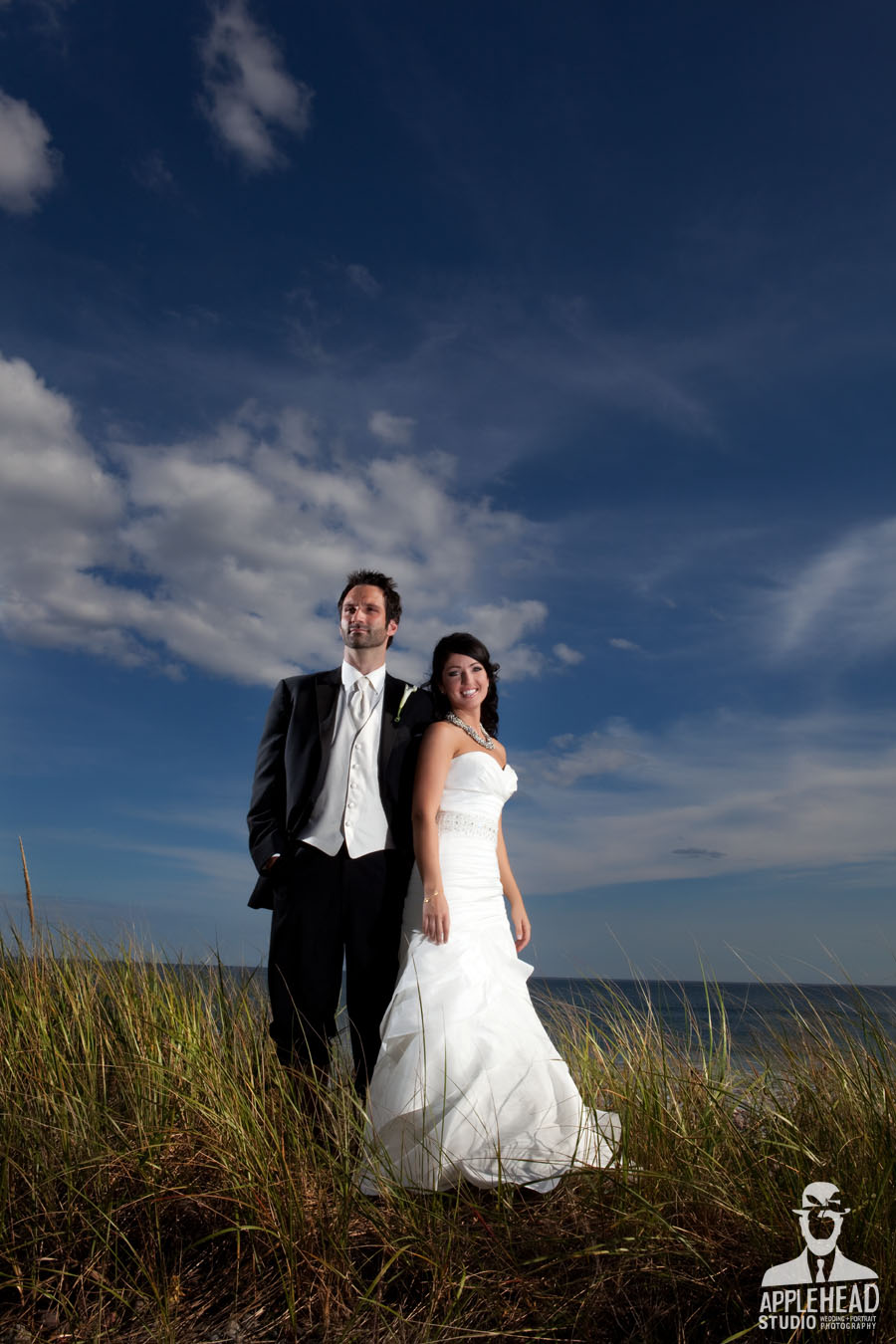 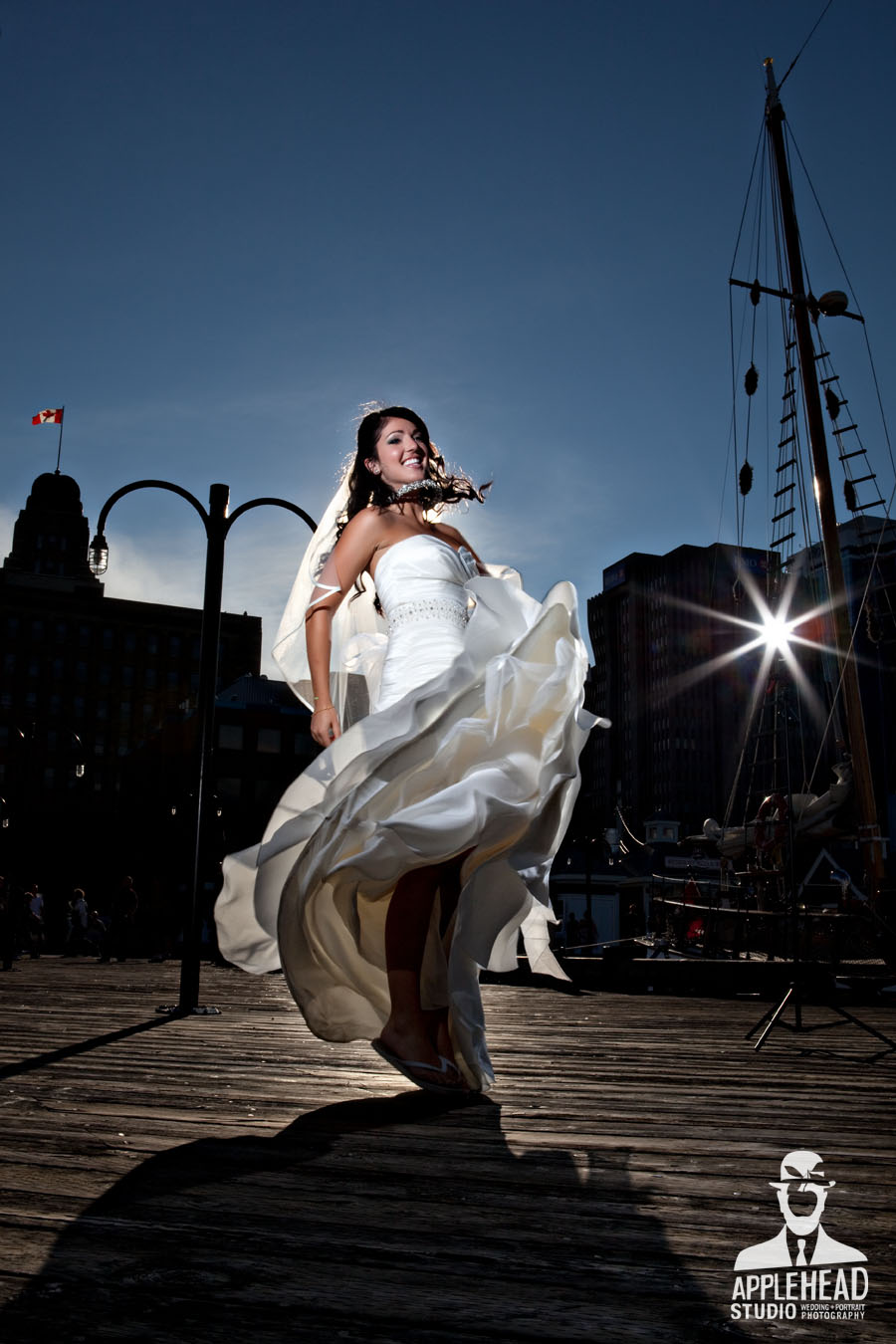 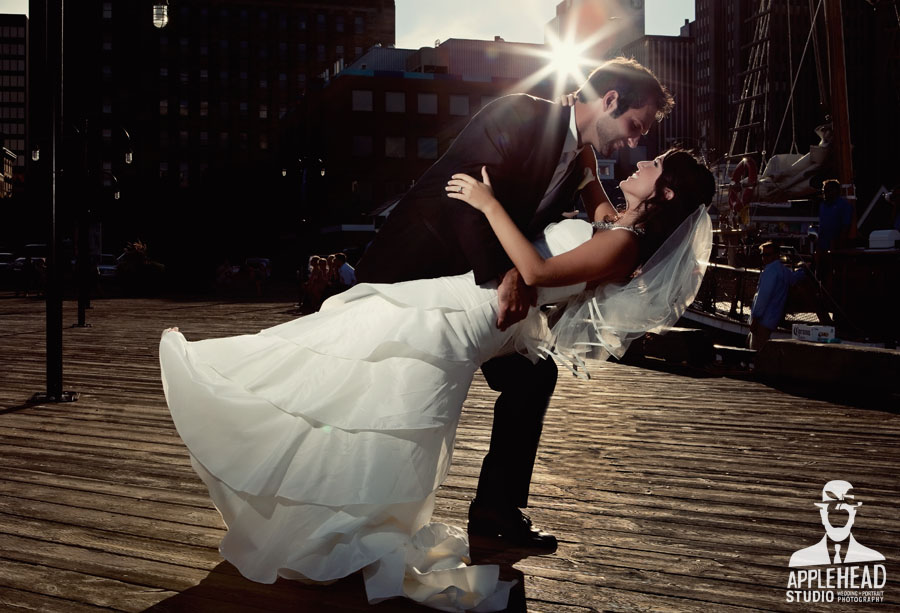 I’ve had this idea kicking around in my head for about 2 years now. I’ve got a sketch in an old book from 2008 and the opportunity has never presented itself. On Saturday I realzed that Jeff Cooke was shooting another wedding down the street and the possibilities of ‘arm wrestling brides’ may actually work out. It didnt.

So I had Adam and Sarah in the bar, the wedding party was there and I had nothing but a 50/1.2 and some really really really low light…so I just thought we’d try a test shot. In my head this was always going to be two brides but its just one of those things.

My buddy “G” just posted a comment that he could possibly be stuck in a creative funk and I know exactly how he feels sometimes. All these ideas yet the struggle w execution gets you down. Just get out and shoot it G. You never know what you’re going to get. I love this image of Sarah and Adam and its the wedding party that makes it even better…and it was a shot I didn’t really want to do. Im glad I did.

Thanks Sarah and Adam (and the 14 members of the wedding party). See you tomorrow for the Trash the Dress session. 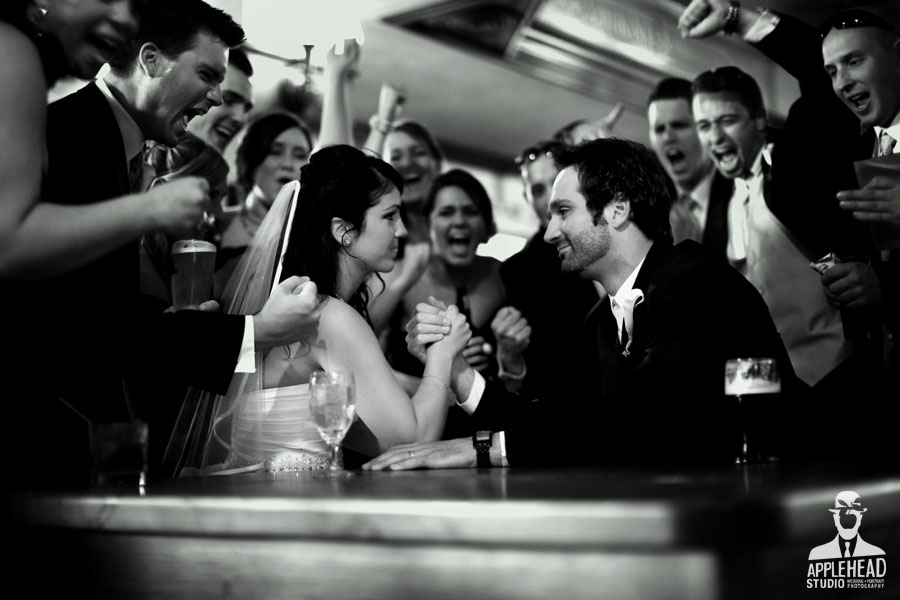 Love the fourth shot and the last shot – they came out really well!

I love, love, love the arm-wrestling shot! Sure to become a requested classic! 🙂

[…] a whole lot of scrolling through images on the backs of our cameras. Liam just finished shooting Adam and Sarah’s wedding and mentioned that he has a trash the dress shoot booked with them the next day. They were excited […]

Wow,
I had no idea weddings could be such a place where you could be so creative, wow.
Mark.