ever see the Seinfeld episode where George is at a kids birthday party and he smells smoke…and proceeds to push men, women and children out of the way to get out of the apartment? guilty!

met up w Cassandra + Brendan for a quick engagement shoot before their wedding in October and we met up in Bayers Lake. I have no idea why we picked that location but i just figured we try something new and see what came from it.

all was going well. I was having fun and it was all very industrial until Cassandra said, “Hey lets go into those tree”. Sure. I like trees. Why not.

Find cool tree. Set up pose. Hear strange buzzing sound. Realize we are being attacked by hornets. not one or two hornets…but a shit load of hornets. I had hornets on my neck, on my shirt, down the rip of my jeans, in my hair and all around me. I have no idea where they were on Brendan and Cassandra because she said, “hornets!” and I split…right after I tossed my (second) 5D mkII onto the pavement. i’m pretty sure I screamed like a girl too.

poor Cassandra took the brunt of it. She got stung about 5 times…but we kept shooting. Hands down the toughest girl I’ve ever met. 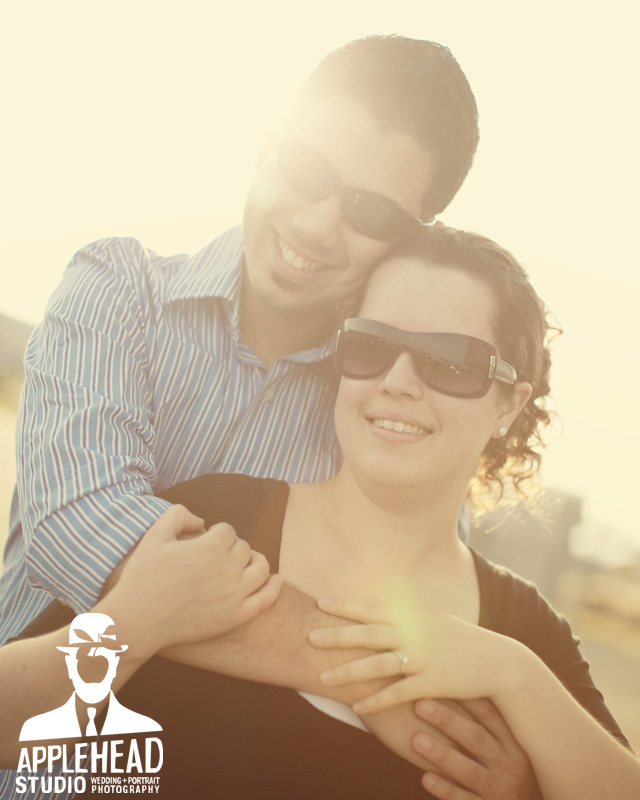 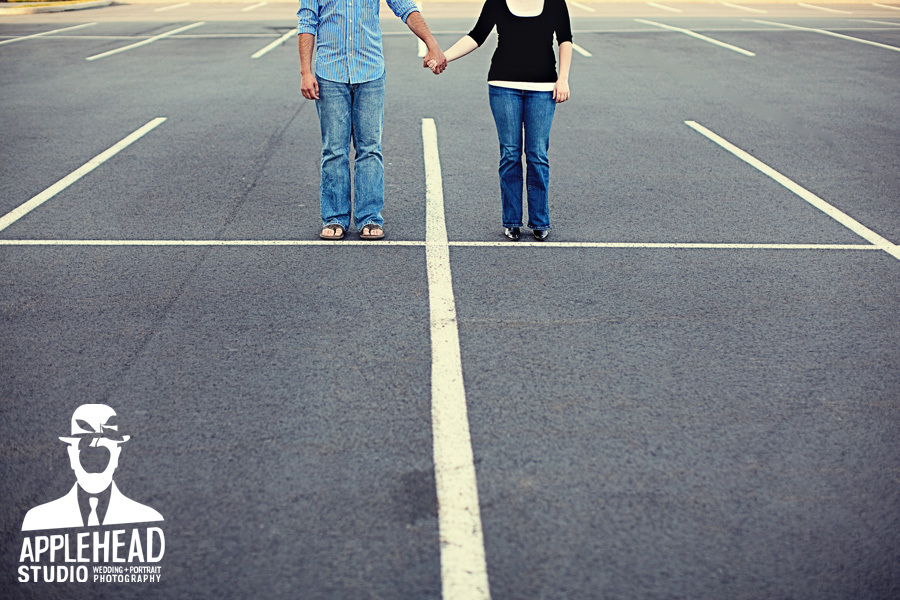 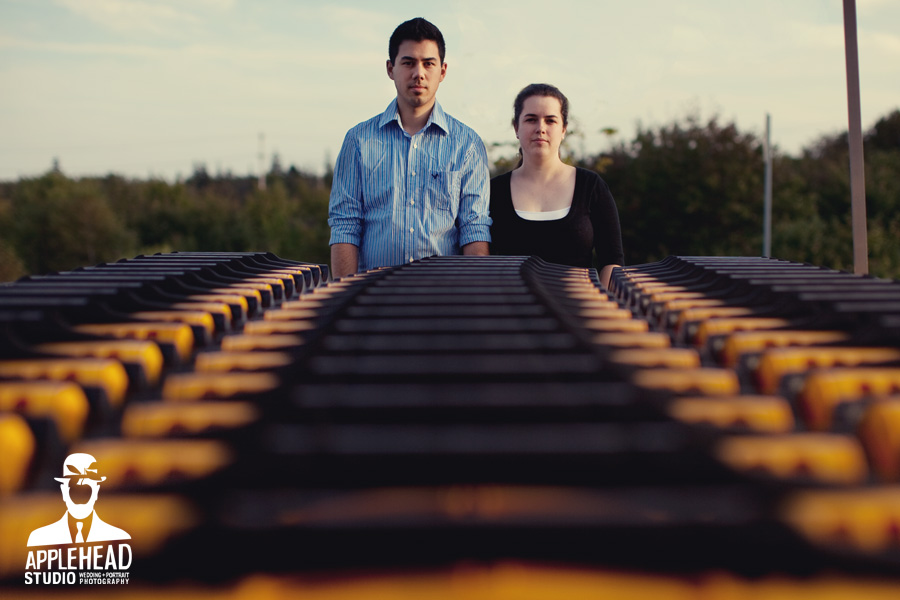 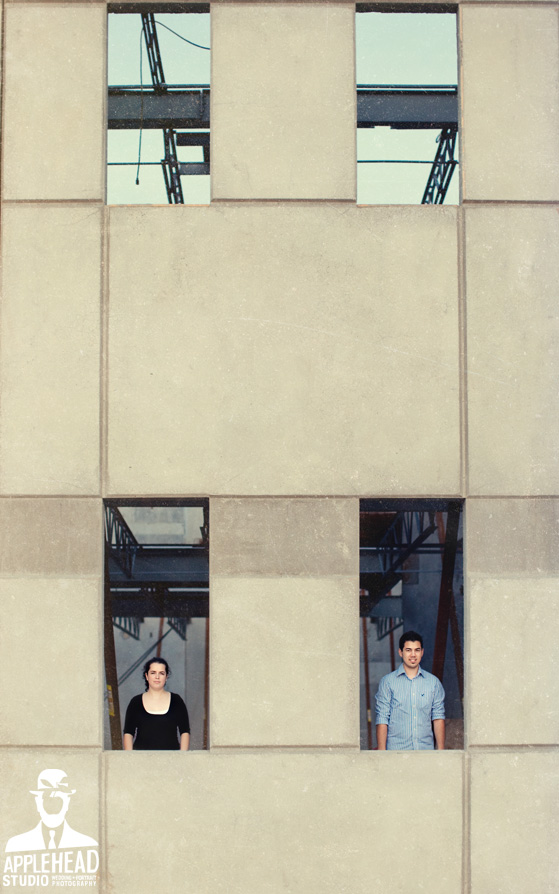 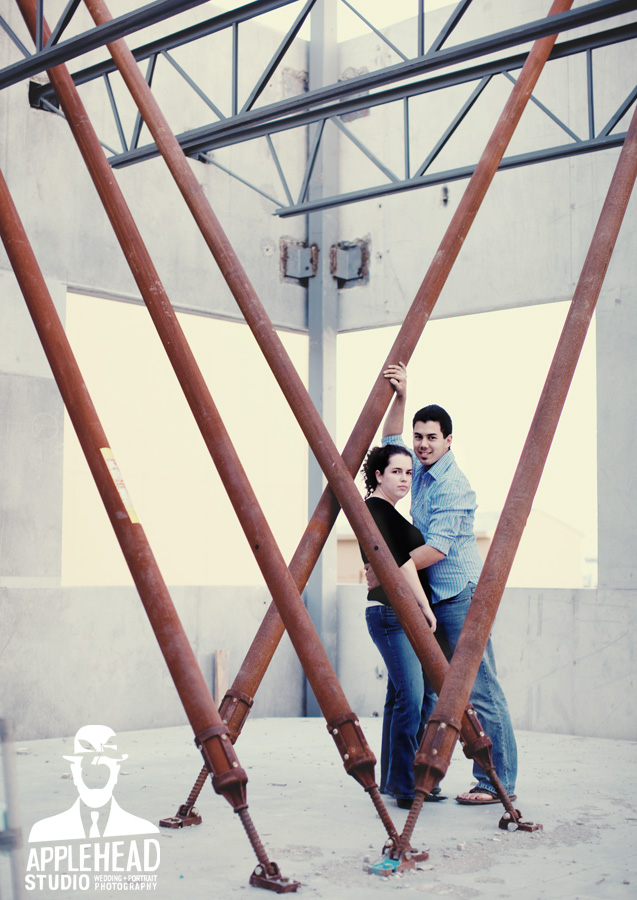 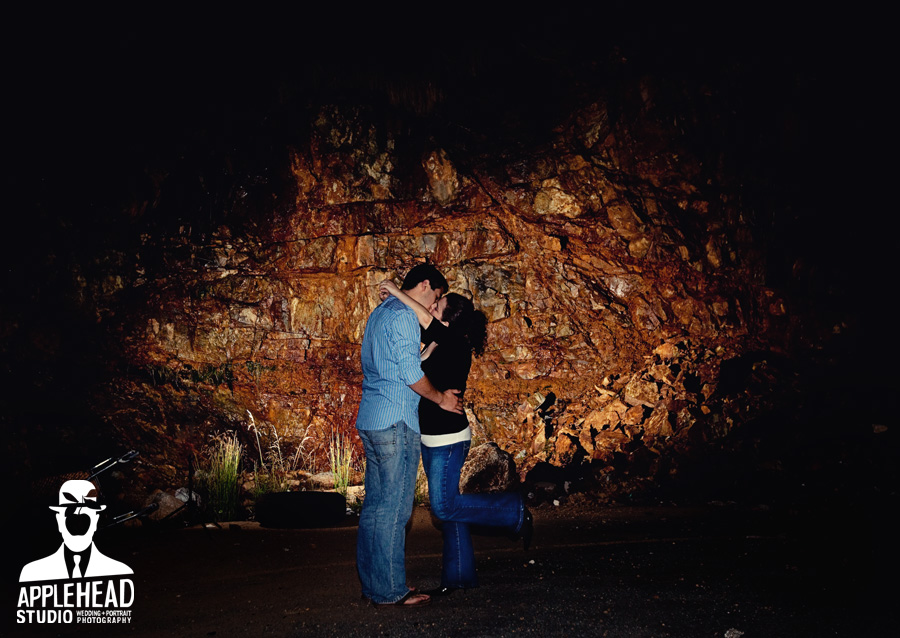 love in the backyard

Great shots! I love the one of them in the parking lot (#2). And in regards to 2009 sucking, just think on the bright side, it can only get better from here right? lol

Love the first shot. It has that dreamy washed out look that I love.

ok. so where are the tree pics?

Yes that shoot was definetly fun! Not to mentioned packed with lots of action! Lets just say I do not care for hornets anymore….