I’m going to tell you my story about this shoot (and I don’t think I ever told Chet + Vanessa this).

It was supposed to happen at about 3pm on a moderately sunny day. Chet flew in from Toronto to pop a surprise proposal on Vanessa. We got lucky on this one as we only got the call to shoot it the day before. We planned it, who would shoot what and from what angle. Done.

My old friend Time kept on ticking and Vanessa was held up at work on a big case. 3pm came and went. 4pm came and went and high fived 5pm as it too flew by. The clouds rolled in, followed quickly by rain and darkness. It was time for plan B. No big deal.

We made a quick decision based on where Chet was going to be when Vanessa walked in. We framed it up and set up two lights. Steph was shooting her arrival and I was inside shooting the proposal. Chet’s a pretty calm and cool dude. He’s a very relaxing person to be around so there was no sense of panic anywhere. Everyone was in their place, the lights were set and Chet took his place as he got the text that Vanessa was on her way up the street. He took his place, at the front door, in a perfect heart of roses. The house was lit only by one simple overhead light at the front door. It was warm and just enough to grab a focus with. The flash would do the heavy work.

Vanessa pulls into the driveway and Chet steps forward, in what seemed to me to be slow motion, and turned out the only light in the house. He stood in the pitch black, in a dark grey suit.

I was standing in a pitch black room, photographing a man in a dark grey suit.

My camera just kind of chuckled as I begged for that little green focus light to come on.

Vanessa is on the front step, 2 steps from the door and I can’t fire my camera which means I also can’t fire my flash. A tiny tea light, tucked behind a vase of roses and 2 feet closer to me was all there was between success and a massive failure. We could have taken the simple route and used on camera flash with a sweet little red laser to help focus but thats just shitty light and in no way reflects what the room actually looked like. It was the easy way out. I grabbed a focus on the tea light as my last resort, throwing out the window all attention to composition. I needed focus and I needed flash. The little green light lit up like Bob Marley and every little thing was going to be alright. I recomposed to what I thought would be right if there was light. I had anticipated framing them both in the closet door frame but that was a hope that slipped away into the dark. The door opened and I put the biggest beating on that shutter button that poor camera has ever seen.

This will forever be one of those images that I’ll never every forget making. We took a chance on something different and made it through the X factor of being in complete darkness. What a huge rush. 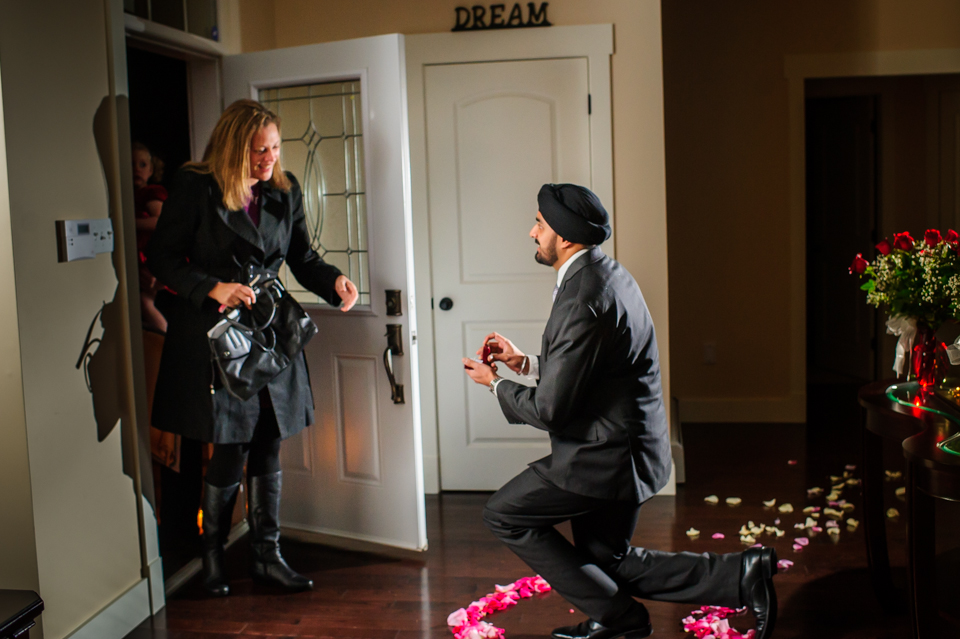 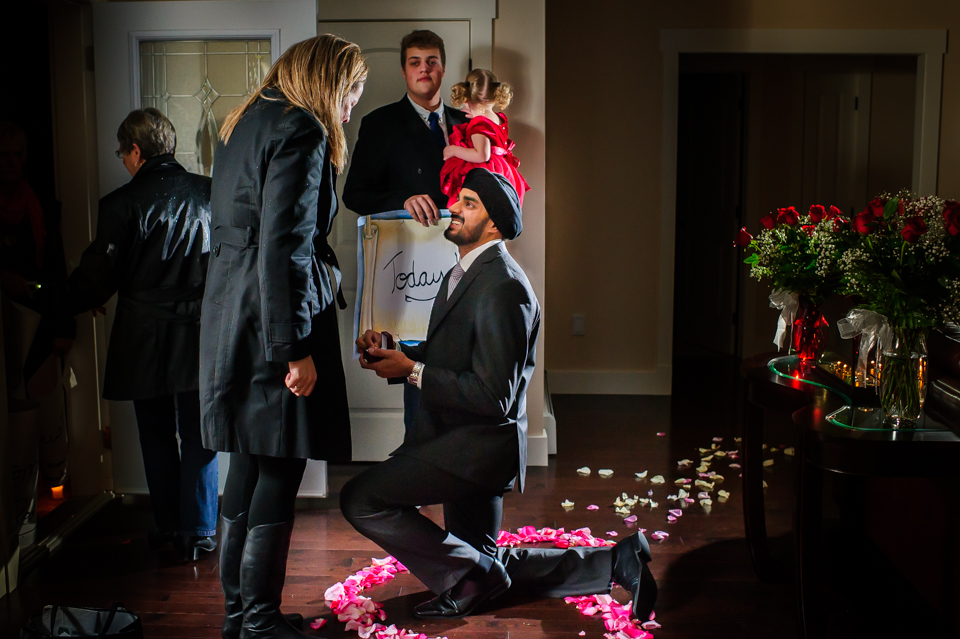 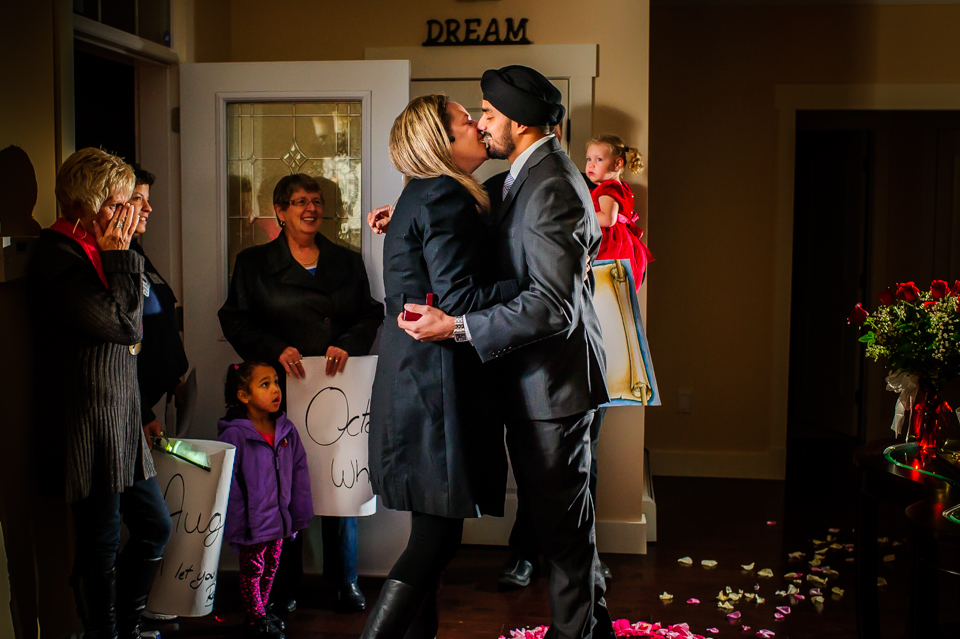 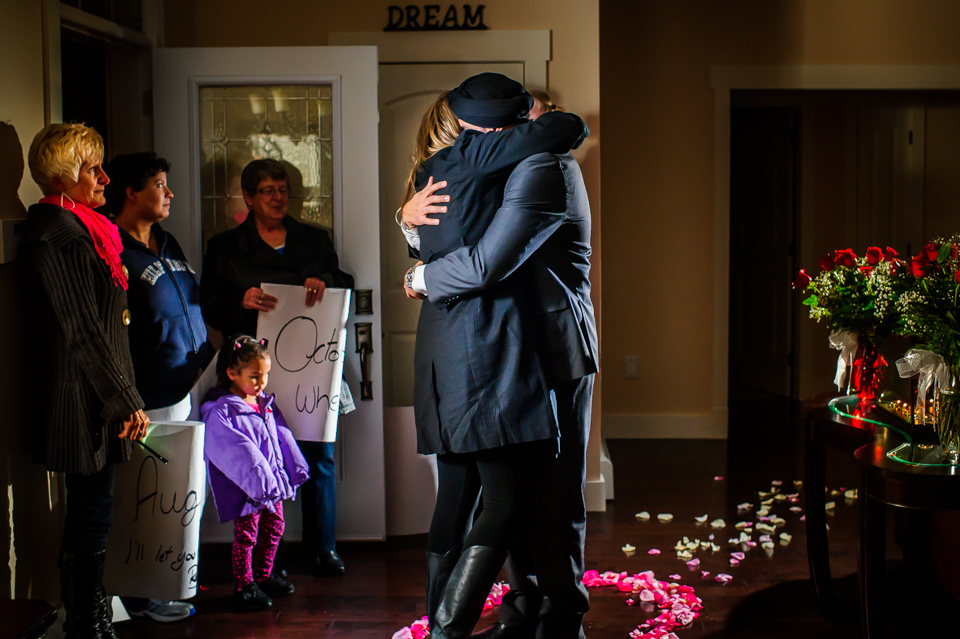