Boudoir and the Ramones

“The Ramones are special. Not only is there no middle ground when it comes to the Ramones, there can be no middle ground on that band. You’re supposed to either love them or hate their guts, but merely liking the Ramones or saying “well, they’re sort of OK” just doesn’t seem like a possible perspective. At their best, the Ramones were so extreme, uncompromised, and fervently dedicated to pushing music to its absolute “limits of existence”, that calling them mediocre or passable seems like an insult. They’re either great, or they suck donkey’s balls: each of these perspectives has a right to exist, and music fans all around the world are divided in two approximatel equal halves based on this criterion.”

I don’t pretend to know a whole lot about music and chords but I’m pretty sure the Ramones played the same three chords on every song and they just changed the lyrics. I can’t begin to tell you how much I love the Ramones and I’m just one of about, oh many millions who love them. They did what they wanted. They did it their way and they did it over and over again. Repetition.

Now when we go into a Family Fiction session we setup the same lights every time and go through the same process. The results are always different…but the same.

For a recent boudoir session with Amy, we shot things we’d never done before and we tried really hard to come up with some ideas we had never tried before. We shot in the streets, we shot in a bus stop, we shot with candles and windows and elaborate light setups. In the end, my favourite shot was this one. The easiest one. The one with a lighting setup we had done a million times before. Huh. 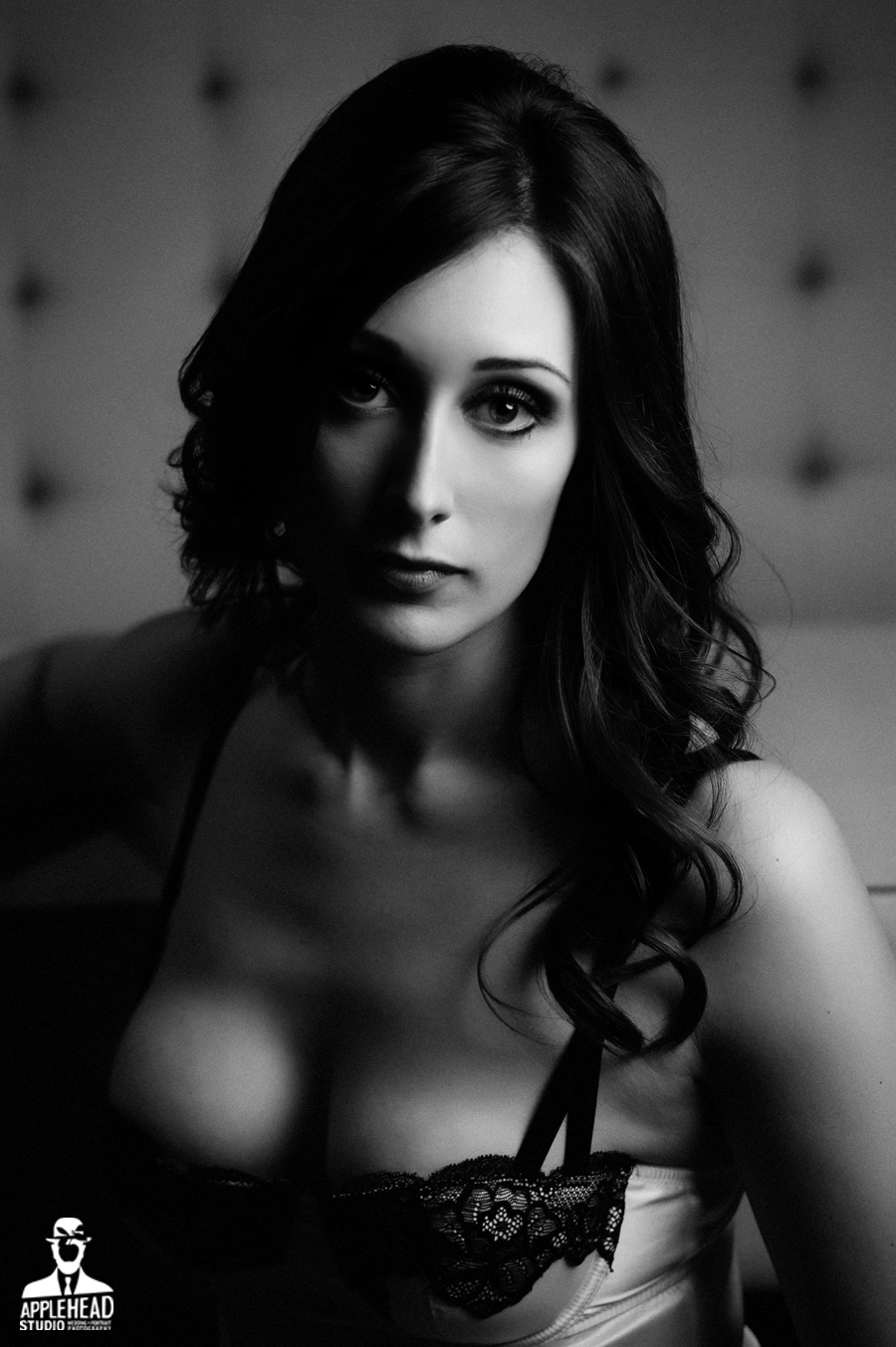 A bag full of fancy lights won’t help create a single bit of emotion, I think that’s why I like this one so much.
It’s stripped down and simple. Just a little light, a little background, and a pair of eyes that speak volumes.
Stuff like this doesn’t need a bag of tricks. Well done.

Ironically, the Ramones wrote a song with a chorus that went “I don’t want to live my life again, oh no, oh no”. Yet they did so in their music. Maybe repetition has its own complexity.

no two images are ever the same, my friend, no matter what the process is behind them.

Power photograph. You really knew, with the quality of lighting and the awesome finished black and white, to bring those eyes of this beautiful woman in a very well composed picture. Congrats.