an engagement session left of the murder.

i’ve had this idea kicking around in my brain for a while now. i had originally wanted to do this shoot w Shawn + Nicole for no other reason than a few laughs. It just never happened. when I talked to Kim about her engagement shoot she wasn’t big on shooting outside in the cold and instead said her and Keegan would do anything i had in mind. guinea pigs I think she said.

i told her the concept. Halifax wedding photographers shooting the veil in the basement.

they hit the second hand shops for some clothes. boudoir photography was shot in the basement in Halifax w hot lights

my very resourceful Co-oP student, Alexa, hooked us up with some pro equipment

this one makes me laugh. they killed it, and I think i gave my imagination a run for it’s money. 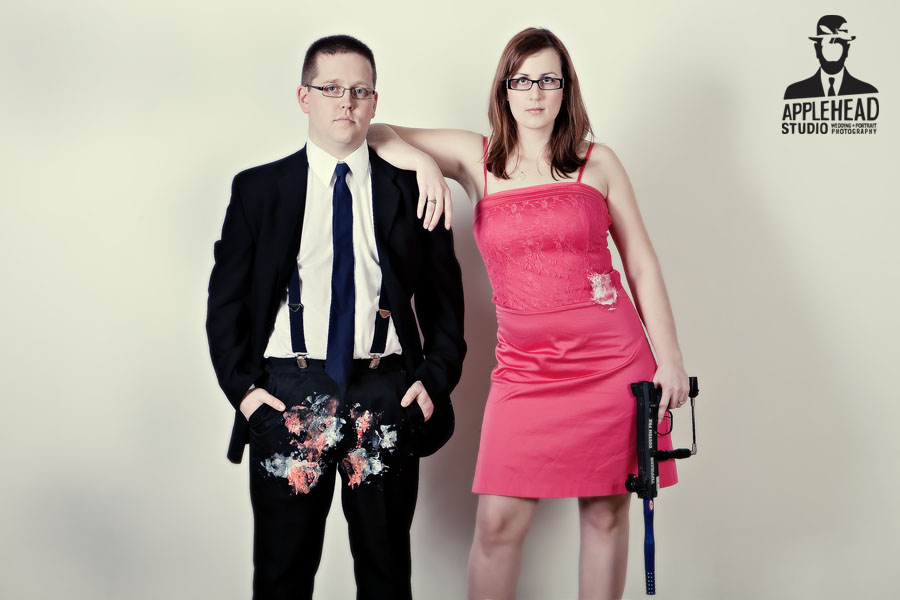 I guess this makes me a destination wedding photographer...

hilarious, i love it!!

Amazing! As Keegan’s sister, I know that this fits them to a tee and I am so glad they went for something waayyyyyy out of the box!!

We had SO much fun with this! A great memory, that’s for sure!!

Suits both of yas to a T !! Can’t wait to see the rest.. and IMO the most romantic things are done outside the box!! <3