Hollie and Jeff are getting married in Chester later this year and when they were looking for a photographer they stumbled upon an old friend, Jeff Cooke. They also stumbled upon Applehead Studio. So we met at the studio w Hollie, her bridesmaids and her mom and we tossed around so many crazy ideas that, in the end, Hollie decided she would hire us both to capture her wedding. What an honor to have the opportunity to shoot what will certainly be one gigantic wedding party. Im looking forward to shooting from my perspective while Jeff shoots from his. We’re just trying to figure out how we can quietly and inconspicuously light a wedding w 13 strobes.

Last week, before the sun came up and the rain subsided, Jeff and I hit the road for Chester. Holie’s family owns an old 100+ year old sawmill on their property and she wanted to do a kind of boudoir bikini shoot instead of an engagement shoot. The weather was perfect. Low lying fog that was burning off. Sun creeping through the clouds and trees and a beautiful bride in a brand new location. 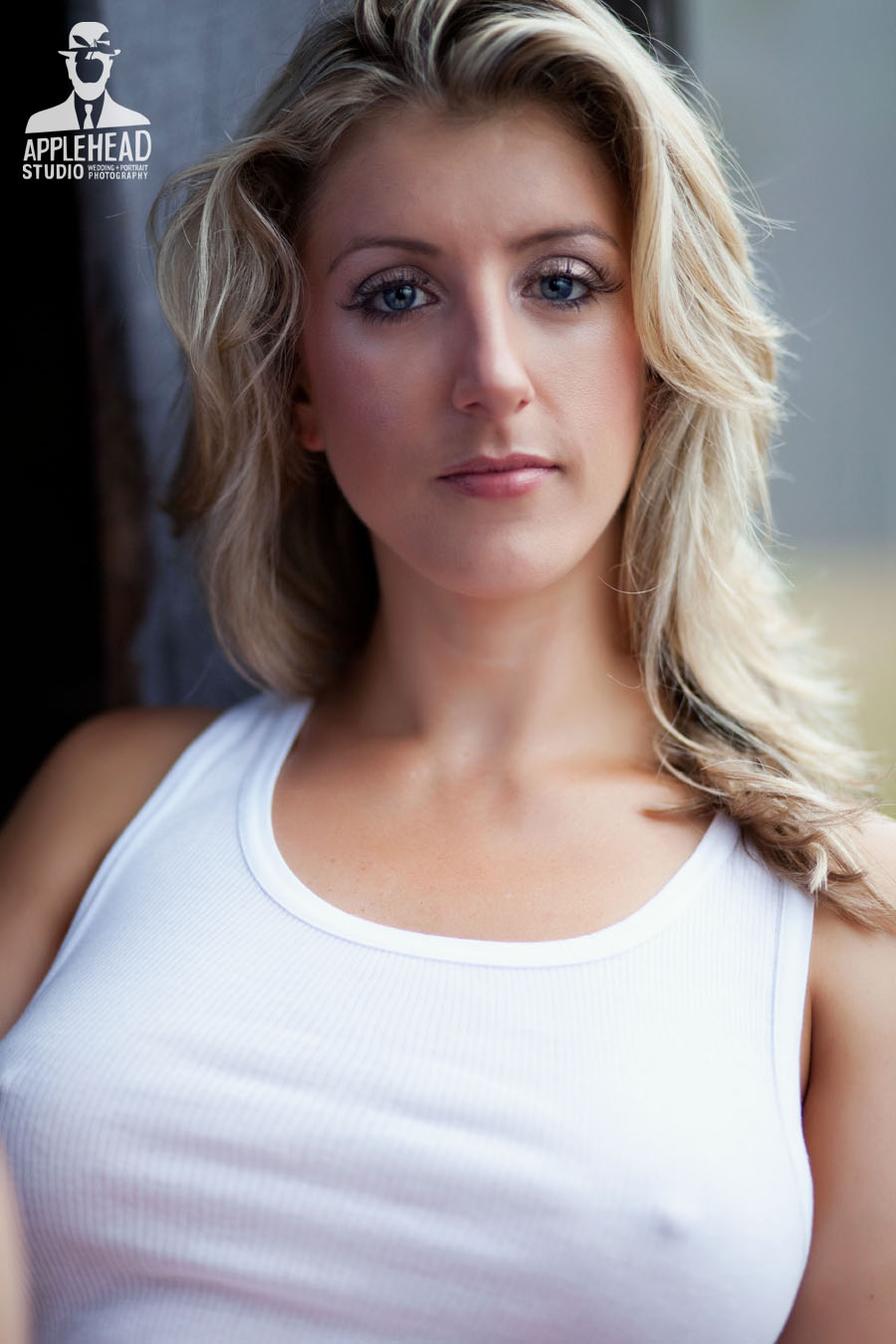 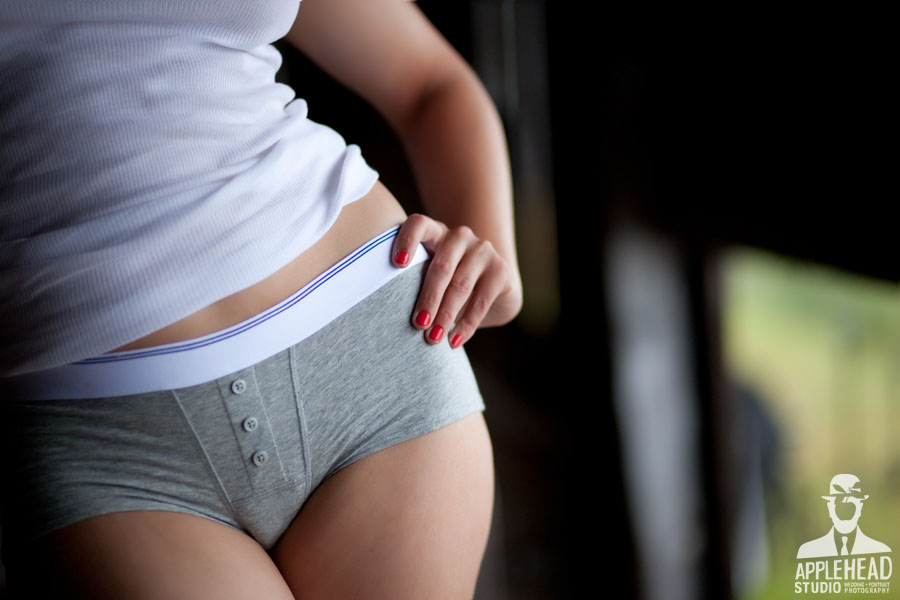 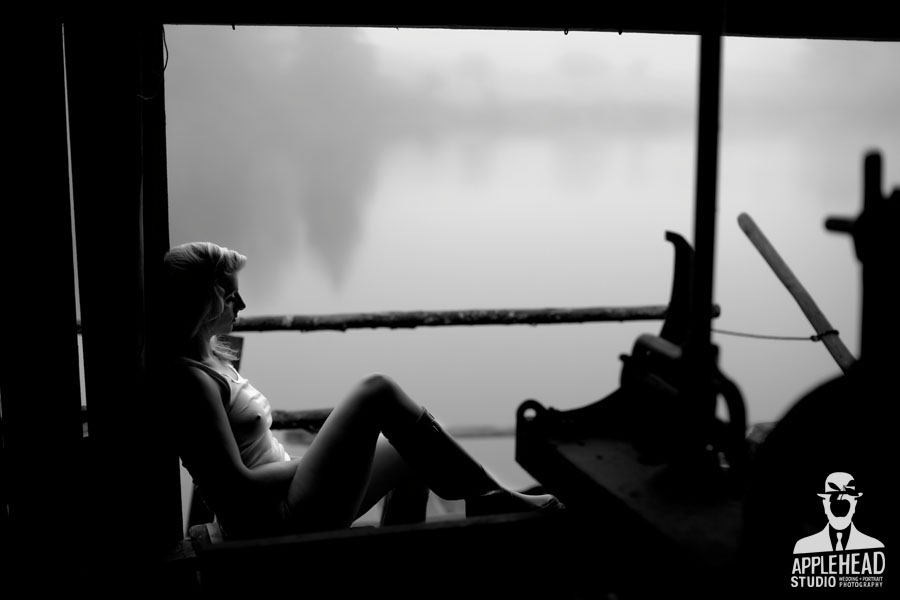 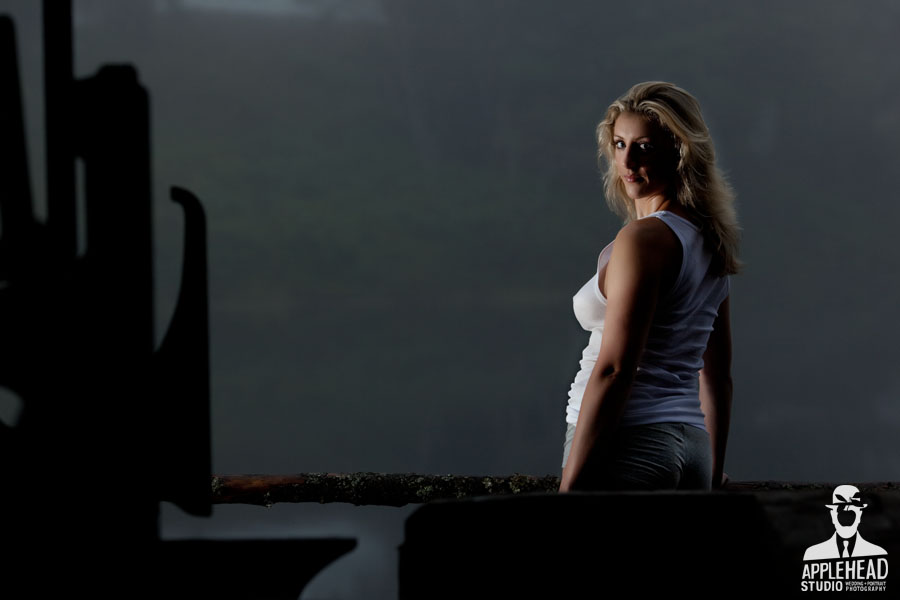 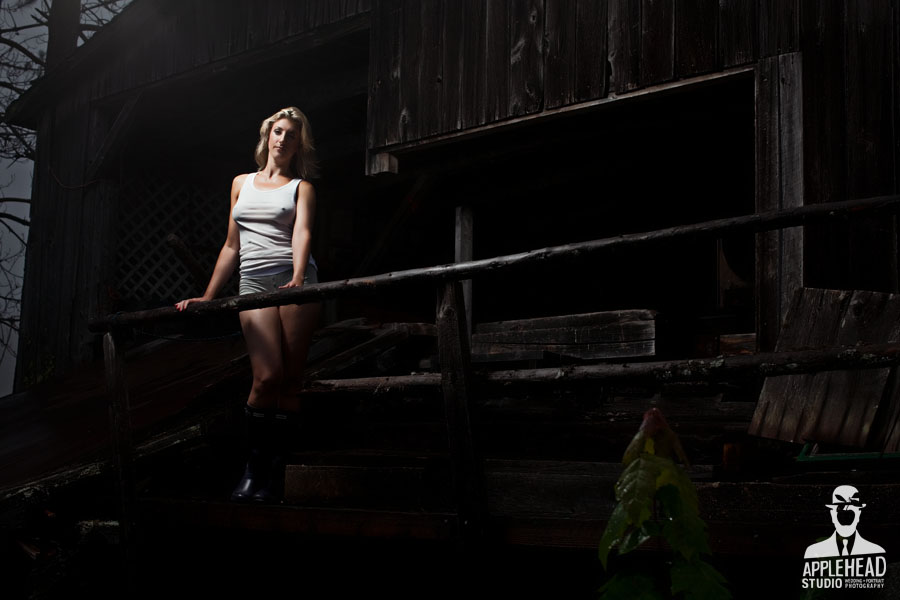 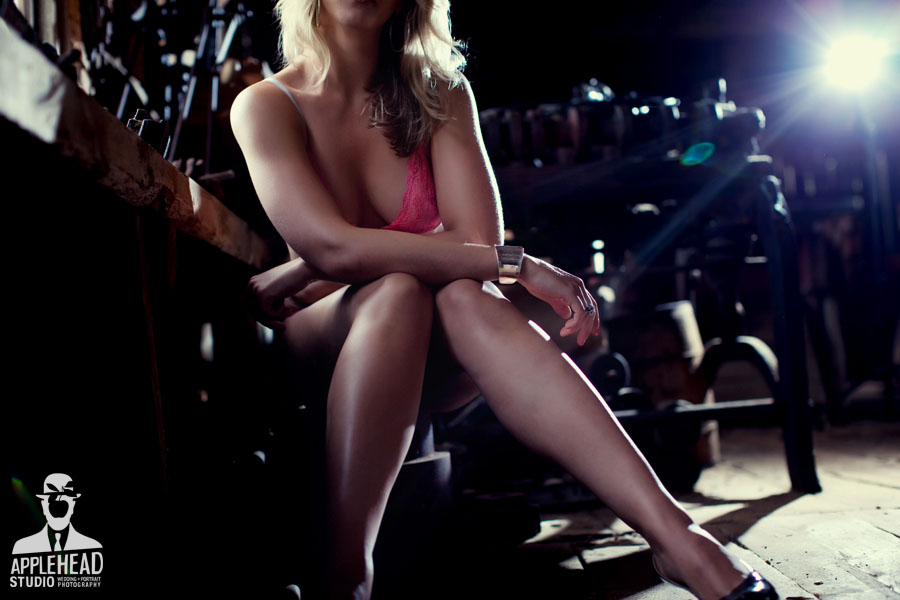 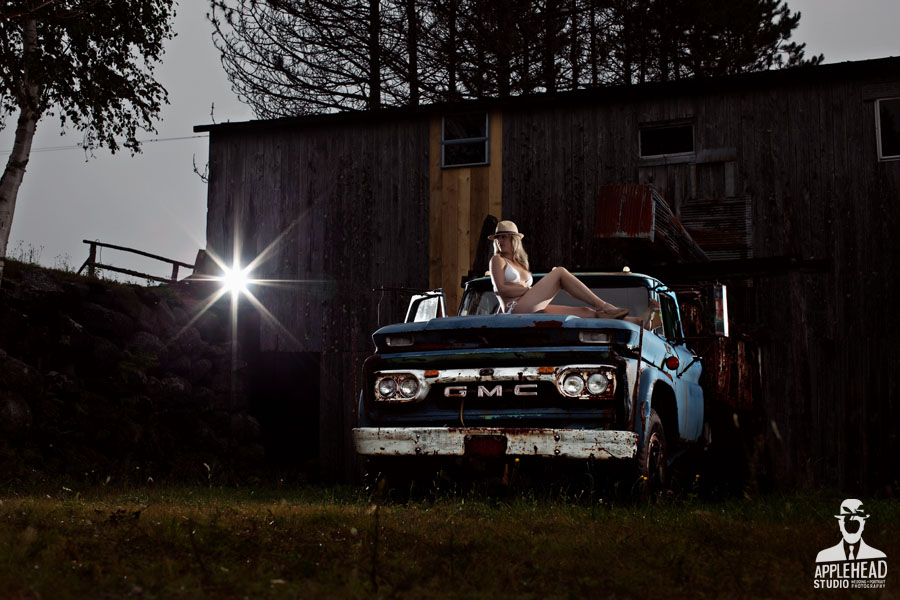 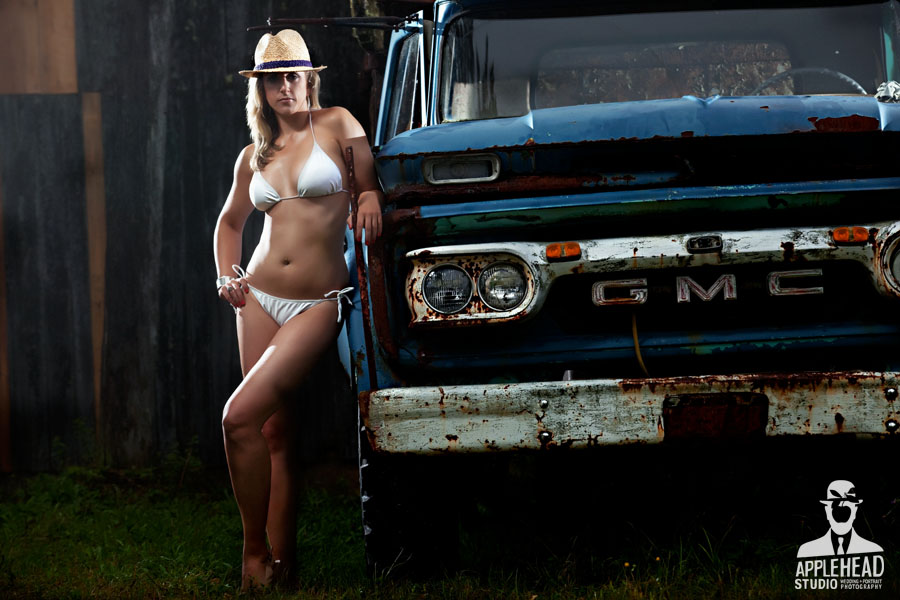 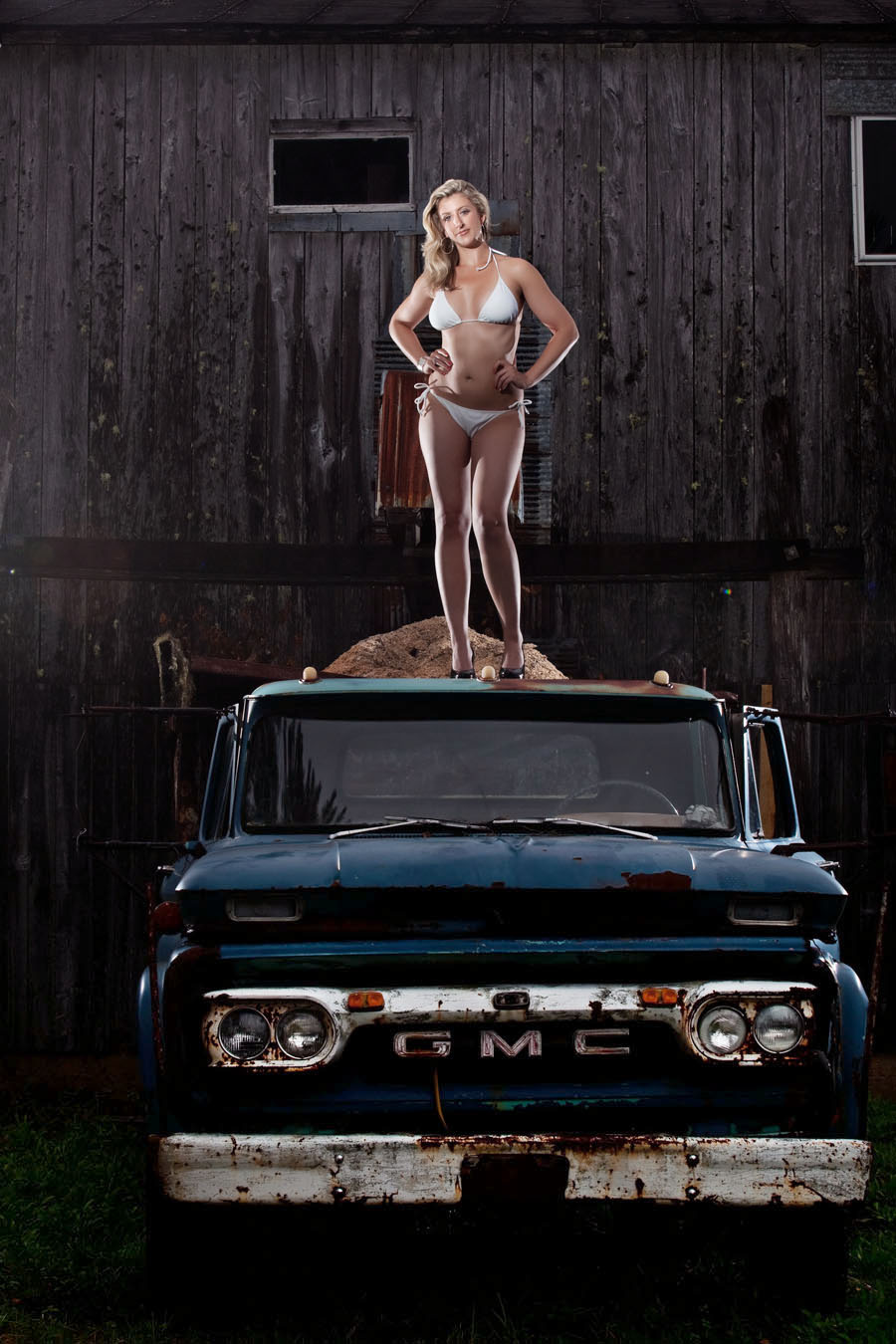 these are my fav photos
especially the one of her on the hood of a truck, if there was a poster would definitly get it.
2of my fav photos combined gm trucks and beautiful woman.
the photographers do excellant work